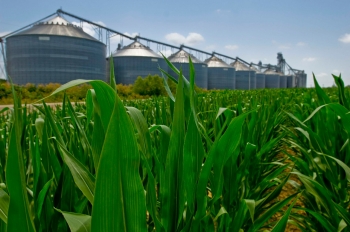 NASHVILLE – Corn grown in Tennessee will now be promoted on a broader scale, with the establishment of a corn checkoff program.

Tennessee corn producers voted on a statewide checkoff referendum to consider a 1 cent per bushel assessment of corn sold to support in-state promotions of corn. Agriculture Commissioner Jai Templeton authorized the referendum at the request of the Tennessee Corn Growers Association, the state’s largest corn organization.

“We always welcome input from our partners and industry leaders,” Commissioner Templeton said. “Tennessee farmers and landowners should have a say in determining the future of their business. We’re proud that they were given the opportunity to do so.”

Tennessee corn farmers or landowners who share in the production costs or the proceeds of the sale of corn were eligible to vote. Of the producers who cast ballots at local UT Extension offices, 63.9% supported the measure. Of 474 total votes, 303 were in favor of the checkoff.

The funds will be used to finance a program of research, education, market development, marketing, advertising, and other methods designed to promote the increased production, consumption, use, and sale of Tennessee corn products.

Assessments will begin March 1, 2019. Producers who do not want to participate may request a refund of the assessed amount within 90 days of sale.

Tennessee ranks 17 among states for corn acreage in the U.S. According to the United States Department of Agriculture’s National Agricultural Statistics Service, Tennessee farmers harvested approximately 740,000 acres of corn in 2017, generating more than $418 million.