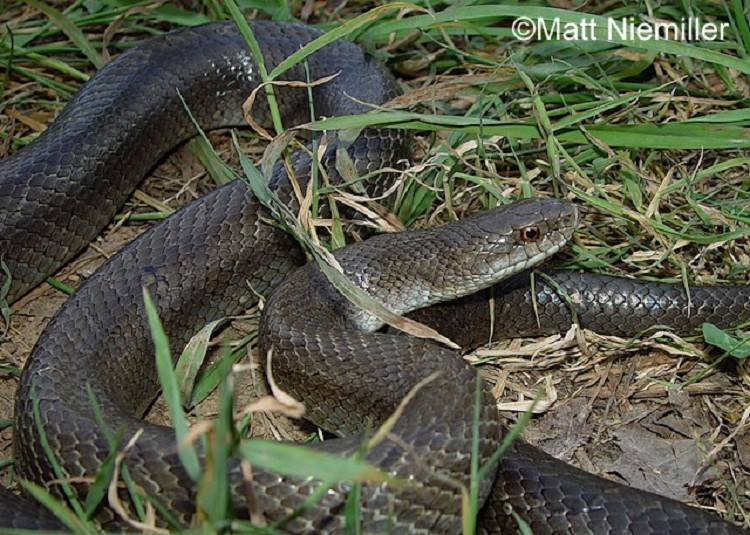 Two subspecies are recognized in Tennessee: Prairie Kingsnake (L. c. calligaster), which occurs in the northern half of western and central Tennessee, and Mole Kingsnake (L. c. rhombomaculata), which occurs in the eastern part of the state. Populations of the two subspecies interbreed in the southern half of western and central Tennessee.

Description: A medium-sized snake (30.0 to 42.0 inches in length) with shiny, smooth scales. Prairie Kingsnakes are tan or gray with brown or reddish, black-edged blotches along the center of the back and 2 rows of smaller patches along the sides, which are occasionally fused.

Mole Kingsnakes are light brown to reddish with rounded, reddish brown blotches bordered by black. A backward pointing arrowhead shape occurs on the top of the head. Belly is yellowish or whitish with alternating square or rectangular brown markings.

Similar Species:  Red Cornsnake has striping under tail.  Milksnakes have larger blotches on the back that are closer together and surrounded by black, and belly has striking black markings.  Gray Ratsnakes have keeled scales.

Breeding information: Adults breed in early spring after the males find females by following their scent. Females lay 5-17 eggs under logs, rocks, or in sawdust piles during the summer. Young hatch during late summer.

Status in Tennessee: No protection for either of the 2 subspecies. Prairie Kingsnakes are able to tolerate habitat modification relatively well and they have a wide distribution. They are often mistakenly identified as copperheads and needlessly killed though. The secretive nature of the Mole Kingsnake has made status determination difficult.

Best places to see in Tennessee: Native grass prairies or agricultural fields in the southern two-thirds of eastern Tennessee. 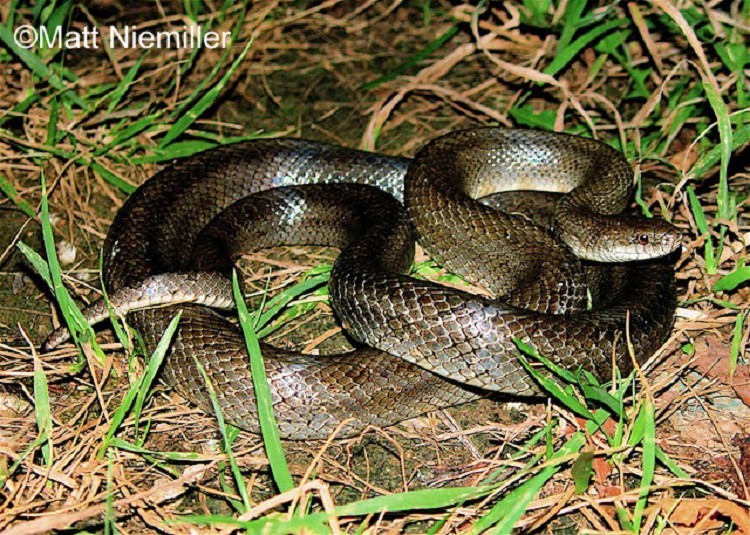