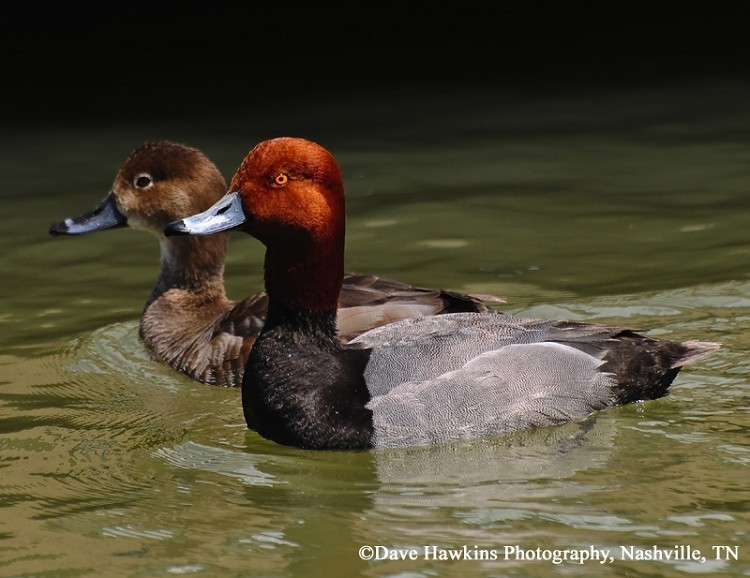 This diving duck is appropriately named and easily identified by its bright red head and gray body. The Redhead breeds in central Alaska, in the Great Plains, and locally throughout the West. It winters in open water across much of the United States and Mexico. Redheads are only found in North America and their numbers appear to be stable or slightly increasing.

Description: The male of this medium sized diving duck has a rounded red head, and a blue bill with a black tip. His chest and rear end are black, and the rest of the body is gray.

The female is a soft brown overall with a paler chin.

Voice: The female give a soft, nasal grehp. The male courtship call is an eerie catlike meow.

Habitat: In Tennessee, Redheads are found on deeper lakes and ponds.

Status in Tennessee: The Redhead is an uncommon migrant and winter resident in the state, arriving in early November and departing by late April.