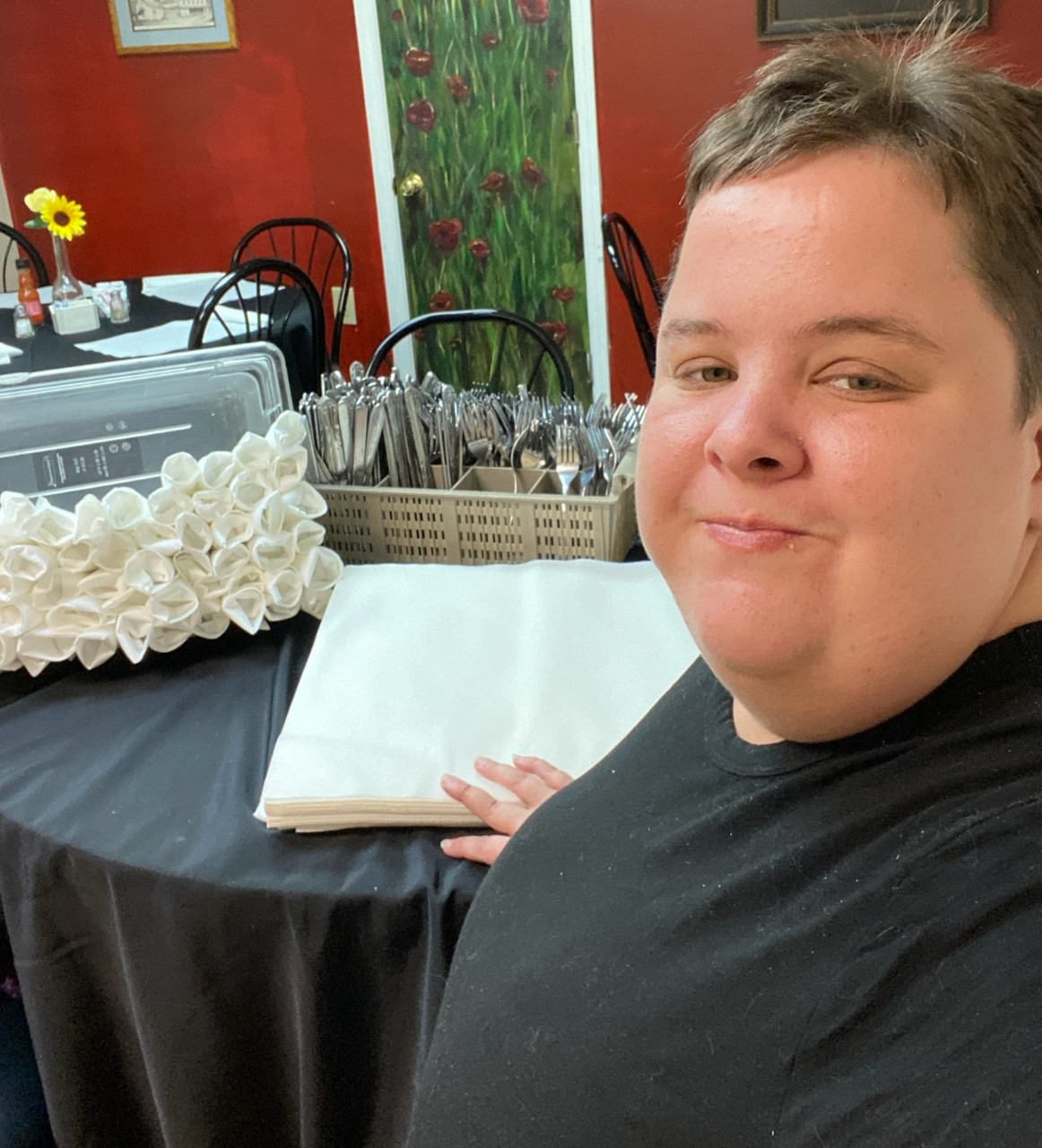 April has always been hesitant about employment and not motivated to try anything, as she was sure she would fail, but others around April saw her potential. Inspired by her interest in volunteering, April decided to participate in Exploration to make an informed choice about whether employment was right for her. Exploration is a service offered in the Employment and Community First CHOICES program that provides opportunities for individuals to tour businesses, shadow jobs, identify their interests and skills transferrable to work, and make an informed choice about whether to pursue employment. With the assistance of provider employment staff, April had the opportunity to shadow others working at various jobs to discover what might interest her. She also had the opportunity to try out some of the tasks, one of which was rolling silverware at a local restaurant. “I could do this all day,” April announced. She seemed to like the food service industry and later toured Russell Catering. After management at Russell Catering witnessed April’s skill for rolling silverware and catching on quickly, they wanted to hire her immediately! April received some job coaching and training from the provider in the early stages of her employment and has since become independent, only needing periodic check-ins. She works 15 hours per week and now helps with cleaning tasks in addition to rolling silverware. April is also training to help at catering locations by setting up tables, tablecloths, place settings, and decorations for banquets, as well as helping with food preparation and packing meals. April has found her match for employment and is thriving in her position!