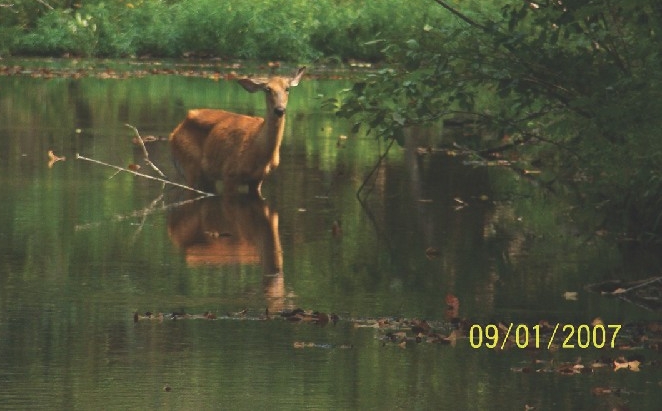 Canine distemper is a highly contagious disease of wild and domestic carnivores. Distemper is caused by a virus that has a broad host range among North American carnivores including the gray fox, raccoons, coyotes, skunks, and weasels. Canine distemper virus is related to rubeola (red measles) but poses no known threat to humans.

Distemper occurs most often in raccoons throughout the Southeastern U.S. and is cyclic in nature, tending to show up approximately every five to seven years. It may appear as sporadic isolated cases or in widespread outbreaks. In wild animals, the juveniles are more susceptible to the infection; therefore, the majority of cases are seen in the spring and summer when juvenile populations are at their highest levels. However, distemper outbreaks may occur year round.

A healthy animal may contract canine distemper from direct contact with an infected animal or its bodily secretions and waste. Under most environmental conditions the virus does not survive long outside the body; therefore, transmission requires close interaction between animals to enable direct contact or aerosol exposure.

Infected animals may shed the virus starting approximately five days after infection, for a period of as long as six weeks or until death.

Unvaccinated dogs and cats are susceptible to contracting the disease. Pet owners are reminded to keep their pet vaccinations up to date.

Many of the symptoms displayed by an animal with distemper are very similar to symptoms displayed by a rabid animal (only testing of brain tissue can determine if an animal is rabid). Although distemper poses no threat to humans, any one bitten or scratched by a raccoon must contact their physician immediately. Exposure to a rabies vector species (raccoons, coyotes and foxes) may be fatal. Rabies has been documented in east Tennessee and an aggressive oral vaccination program has been initiated.

Symptoms of the disease are similar in all susceptible species. The symptoms include distress, coughing, sneezing, diarrhea, discharge from eyes and/or nostrils, eyelids that are crusted over and stuck together, and hardened footpads.

Definitive diagnosis is based on laboratory analysis of affected tissues by fluorescent antibody techniques.

Canine distemper runs its course rapidly. Distemper is often fatal and death is usually attributed to a secondary infection such as pneumonia. Not all raccoons get the disease and many survive the outbreaks.

No specific drug is available that will kill the virus in infected animals. An animal that is symptomatic can not be treated; therefore, infected animals should not be handled by the public.

Other diseases which may mimic distemper include rabies, tularemia, histoplasmosis (raccoons) and poisonings. Raccoon rabies was first documented in east Tennessee in 1993,

Canine distemper is of no public health significance to humans. 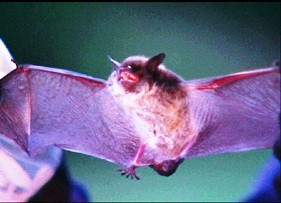 Rabies, also known as “hydrophobia” is a term that frightens many people. Rabies is a fatal disease that affects all mammals including human beings. It is caused by a virus that attacks the central nervous system causing inflammation of the brain.

The virus lives in the saliva of infected animals. The disease is most often transmitted through the bite of a rabid animal. Inhalation of rabies virus has been known to occur, but only in very special circumstances (such as inhalation in confined areas).

Tennessee law requires that all dogs and cats be vaccinated against rabies and their shots kept up-to-date.  Although cases of rabies in cats in Tennessee are uncommon, there are twice as many rabid cats as dogs in the U.S.  To further protect your pets, keep them confined to a controlled area to limit their exposure to wild animals.

The incubation period, the time between exposure to the disease and the onset of symptoms, varies from a few days to several months. The rabid animal may appear healthy while incubating the rabies virus for several months before contracting clinical symptoms and spreading the virus.

Once symptoms begin, there is no treatment for rabies, and is almost always fatal. An animal that has contracted rabies will have flu-like symptoms, severe headache, and fever. As the disease progresses the animal becomes confused and hallucinates, the brain does not function properly. Many times the animals jaw will drop, this causes them to drool or foam at the mouth. Foxes and raccoons may be out during the daylight, they will not behave normally.

There are two forms of rabies illness displayed in animals. One form is called furious form rabies, animals with this type of rabies may exhibit early symptoms such as restlessness, agitation and increased aggressiveness. This is followed by depression, paralysis and eventually death. The other form of rabies is called dumb form rabies. These animals are lethargic, depressed, partially paralyzed, may appear unusually tame, they will eventually die. You cannot diagnose an animal with rabies by simply observing the animal and there is no test performed on a live animal that can detect the presence of the rabies virus. In order to test for the presence of rabies brain tissue must be sampled.

The disease can be effectively prevented in humans and many domestic animal species, but abundant and widely distributed reservoirs among wild mammals complicate rabies control. There are many different variants of the rabies virus (skunk-strain, fox-strain, raccoon-strain, bat-strain etc…). Each strain may infect any species of mammal. It is extremely important for people to stay away from wild animals such as bats, foxes, raccoons and skunks. It is also very important to make sure that all pets are vaccinated.

Raccoon rabies was virtually unknown prior to the 1950s. Florida experienced the first case of raccoon rabies. The disease then spread slowly during the next three decades into Georgia, Alabama, and South Carolina. In 1978 Virginia experienced an outbreak of raccoon strain rabies due to the translocation of raccoons from Georgia and Florida. The first cases appeared in West Virginia and Virginia in the late 1970s. Since then, raccoon rabies in the area expanded to form the most intensive rabies outbreak in the U.S.

The strain now occurs in all the eastern coastal states, as well as Alabama, Pennsylvania, Vermont, West Virginia, Ohio, Maine and even southern Ontario.

Raccoons and skunks may incubate rabies for long periods (many months) without becoming ill. They may shed the virus in saliva two weeks prior to showing symptoms. Within the baiting/surveillance zone (see figure 1), capturing an animal appearing normal and releasing it in another area later is extremely hazardous. An animal that appears healthy may later come down with clinical rabies. In order to efficiently protect the public and monitor the spread of rabies in wild populations, the translocation of all rabies vector species inside the oral vaccination baiting/surveillance zone has been terminated.

In Tennessee and elsewhere in the U.S., the number of rabies cases in domestic animals has declined dramatically due to mandatory vaccination laws for dogs and cats.  However, rabies among wildlife (especially skunks, bats, and raccoons) has become more prevalent.  The higher the incidence of rabies in wildlife, the greater the risk to domestic animals who act as a buffer zone between wildlife and humans.

The Tennessee Wildlife Resources Agency is currently precluded by state law from undertaking any direct rabies control. The Tennessee Department of Health is responsible for the investigation of any potential human rabies exposure.

This flu has little direct effect on waterfowl, but occasionally transforms into a strain that can affect poultry and quickly cause mortality. Strains of lethal HPAI have affected poultry facilities in the Pacific Northwest and Upper Midwest. HPAI is not presently known to infect humans.

It is important to consider some precautions that may help reduce the possibility of spreading strains of this disease to poultry in Tennessee.

Specifically, we encourage waterfowl hunters that may raise poultry, work on poultry farms, or visit poultry farms to change all outer layers of their hunting clothing, including boots, before entering any premise that has poultry. The easy way to do this is to wear outer hunting garments that can be taken off before entering poultry facilities, bagging them bag them in a black plastic trash bags, and put them directly into the laundry.

Wear rubber boots that can be treated with bleach before and after entering poultry facilities. Boots can be dipped in a bucket or other container containing a 10% bleach solution and then bagged. It is best to treat boots and remove outer garments before entering your vehicle so that virus will not be transferred to seats and floors and contaminate other clothing items at a later time.

We believe that a little extra precaution will assist with preventing the spread of any strain of flu that occurs in wild birds to poultry facilities.