Description: A slender, small to medium-sized snake (14.0 to 20.0 inches in length) with smooth scales and a striking color pattern. Wide red bands, bordered in black, are separated by cream or light yellow all the way from head to tail. Small, dark spots may dot the lighter areas on older specimens. Head is red and pointed. The belly is white or cream-colored. Males have longer tails. Young are similar to adults.

Similar Species: Scarlet Kingsnake, Red Milksnake, and Eastern Milksnake all have their color pattern extending onto the belly.

Habitat: Prefers pine or hardwood forests with sandy or loamy soils, for easier burrowing. Found beneath logs, rocks, leaf litter, or trash such as boards or tin.

Breeding information: Very little known. Mating probably occurs in spring. Between 2 and 9 white, elongated eggs are laid underground during the summer. Eggs most likely hatch in late summer or fall.

Status in Tennessee: Unknown due to the secretive nature of this species.

Best places to see in Tennessee: Pine or mixed pine-hardwood stands with sandy soils in the southeastern section of the state. 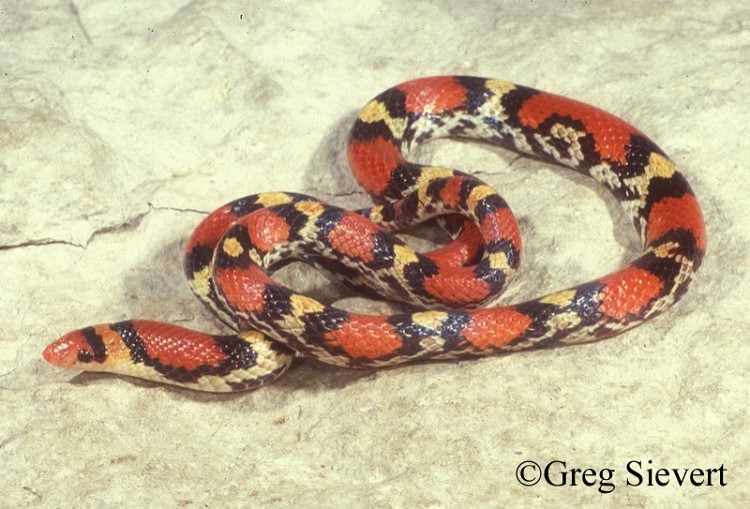