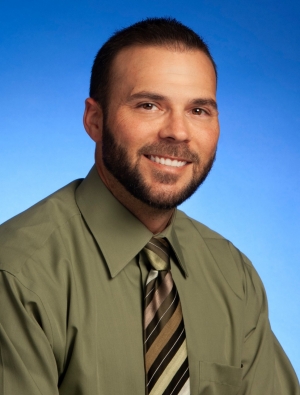 Waters has nearly 20 years of extensive experience in forestry and wildland fire management and has served as the Division of Forestry (TDF) fire chief since 2018. His skill and leadership earned him an Excellence in Service award from Governor Bill Lee in 2020.

“Wade has made significant contributions to forestry operations, training, and wildland fire responses,” Commissioner Charlie Hatcher, D.V.M. said. “He spearheaded last year’s record-setting year for out-of-state deployments. Wade led support teams of more than 160 people and 25 pieces of equipment for dispatch to 11 states. His promotion and the honor from Gov. Lee are well-earned.”

As assistant state forester, Waters will provide executive leadership to a broader scope of TDF’s operations as well as supervise radio communications training and equipment. Waters will manage all aspects of the Division of Forestry’s wildfire responses in coordination with local, state, and federal partners to minimize risks to life and property while ensuring the safety of employees.

“Wade took our fire management unit to the next level,” State Forester David Arnold said. “He had the vision and technical expertise to manage the division’s deployments to other states. In doing that, our foresters were provided critical training that they were able to bring back to Tennessee. The deployments also offset state expenditures since costs for out-of-state fire services are covered by federal and other states’ agencies.”

Before coming to Tennessee, Wade worked for the U.S. Forest Service. He also served as a Regional Fire Management Coordinator for the Texas Parks and Wildlife Department and as a Supervisory Forestry Technician Engine Captain for the U.S. Fish and Wildlife Service.

Wade is a native of Rogers, Ark. and graduated from the University of the Ozarks with a Bachelor of Science in biology. He resides in Williamson County with his wife and their two children.