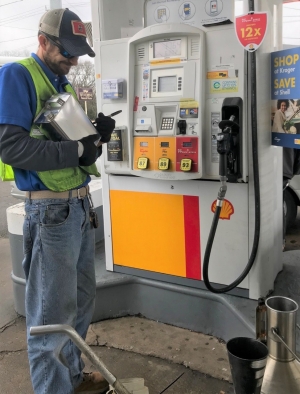 NASHVILLE — The Tennessee Department of Agriculture (TDA) will celebrate Weights and Measures week March 1-7, 2021. The week focuses on the importance of accurate weights and measures in commerce for consumers and for businesses.

“Our inspectors work to protect consumers at the fuel pump, at the grocery store, and at other locations such as the airport where scales are used to determine luggage weight,” Commissioner Charlie Hatcher, D.V.M. said. “Inspectors follow nationally adopted best practices and adhere to the highest standards. TDA certifies any scales that are used for commercial businesses to keep the marketplace fair and honest.”

As part of the Consumer and Industry Services Division, the Weights and Measures Section includes the Johnson Metrology Laboratory that maintains and houses the primary standards of mass, volume, and length for the State of Tennessee. The lab offers calibration services using the most current equipment and testing capabilities.

Each fiscal year, Weights and Measures inspectors verify that the fuel being sold to drivers meets quality standards. From July 1, 2019 to June 30, 2020, Tennessee conducted 6,034 pump inspections on approximately 94,000 fuel pumps; 4,869 scale inspections on approximately 18,695 small to large capacity scales; 4,299 fuel tank inspections against contamination; and collected 7,460 fuel samples from 205,668,497 gallons of fuel being offered for sale.