The large head is light brown with dark spots and has dark, prominent stripes along sides of head and neck.

Two barbels (fleshy nodules) hang down from the chin.   The pink or yellow plastron (lower shell) is small with only 1 hinge.   Males have a much larger head and females have a very short tail.

Similar Species: Eastern Musk Turtle has light-colored stripes on the side of the head and barbels on chin plus neck.

Habitat: Occurs in creeks, springs, ponds, rivers, and wetlands. Commonly found around snags and fallen trees over a soft substrate.

Diet: Feeds primarily on snails and mussels; also insects, crayfish, and some vegetation.

Females lay several clutches of 2-3 hard-shelled eggs in nests dugout of loose organic material near streams. The young hatch out after 8-16 weeks.

Status in Tennessee: Appears to be common in suitable habitat in the Tennessee River drainages. Vulnerable to water pollution and siltation from soil runoff.

Best places to see in Tennessee: Large creeks or oxbows in the Tennessee River drainages. 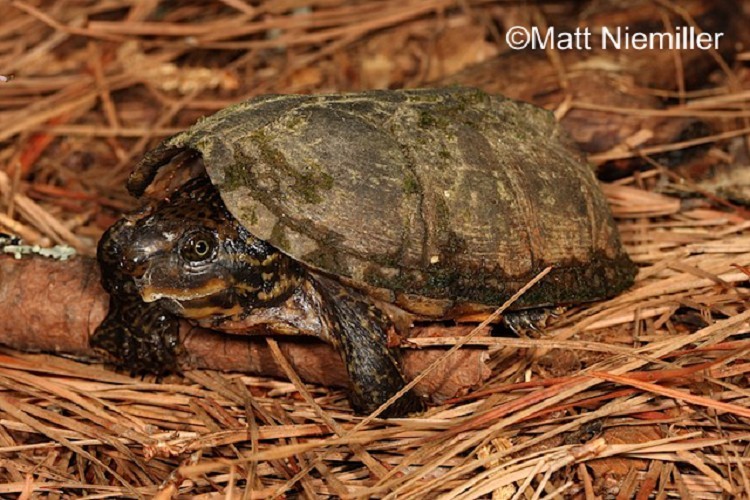