Numerous yellowish stripes on head, neck, and chin (5 between the eyes).   Dark, donut-shaped markings under the marginal plates.   Adult males have longer claws (middle 3) on the front legs and longer tails than females.   Young are more brightly colored than adults.

Breeding information: Adults court and mate in the water during spring. Females will dig a nest in sandy soils close to the river and deposit 9-29 pale pink, leathery eggs. Hatchlings emerge from their eggs in 2-3 months, but usually remain in the nest until the following spring.

Best places to see in Tennessee: Basking on logs, fallen trees, or the banks of major rivers or lakes. 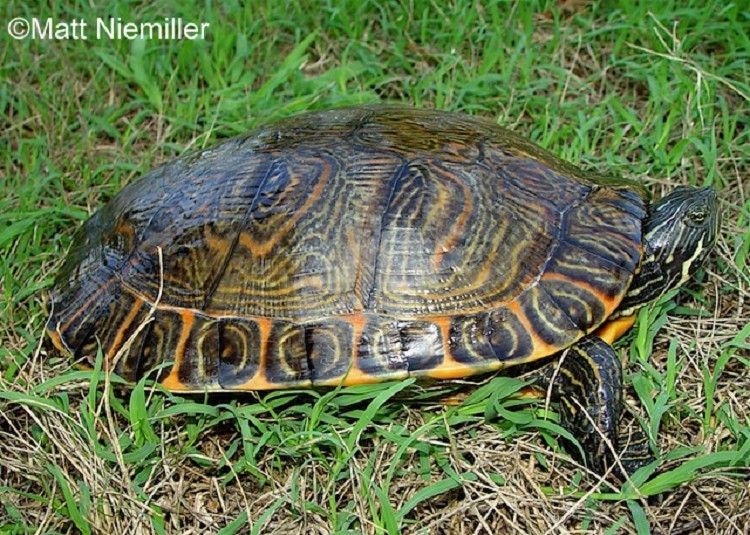