Also known as the “willow snake” or “leather snake,” the Queen Snake occurs in Middle and East Tennessee.

Description: A slender, medium-sized, aquatic snake (15.0 to 24.0 inches in length) with a creamy white to pale yellow stripe running along the lower sides of its light brown to grayish body.   Three faint black stripes may be visible along the sides.

Scales are keeled.   Belly is yellow with 4 brown stripes (2 down the center are more narrow).   Young resemble adults, but have three additional stripes on back.

Habitat: Prefers cool, rocky streams and rivers.   Often found under large rocks or logs around the edges of these streams or rivers, occasionally basking on branches over water.

Breeding information: Adults mate and breed in the spring.   Queen Snakes are ovoviviparous like most other aquatic snakes, giving live birth to 5-23 young in the late summer or fall.

Status in Tennessee: Populations appear to be stable; however Queen Snakes are vulnerable to stream siltation and channelization and its effects on crayfish populations. 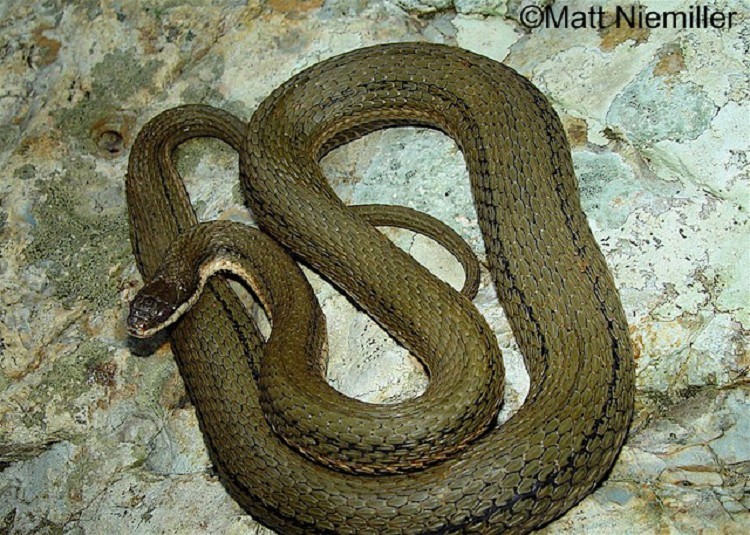