The Rafinesque Big Eared Bat have very large ears somewhat resembling rabbit ears.   The large ears do not interfere with their flight as they are very swift and nimble fliers.   They are known to occur state-wide in Tennessee, but they are the least known of all the eastern bats.

Description:
A medium-sized bat with conspicuously large ears.   The ears are thin and naked except for a little fur along the edges.  Their fur is grayish brown, but the belly is tipped in white (contrasting sharply with black basal portion).  It has 2 large, glandular lumps on its nose.  They have long toe hairs, which extend past the claws.

Diet:
Their diet probably consists mostly of moths, as well as other flying insects such as beetles, flies, and mosquitoes.

Breeding information:
Breeding probably takes place in the fall and winter.   A single young is born in late May or early June.   The young begin to fly at 3 weeks old, and shed their milk teeth in mid-July.   They are weaned at 2 months old and they reach adult size by fall.

Status in Tennessee:
Rafinesque's Big-eared Bat is Deemed in Need of Management by both Tennessee Department of Environment and Conservation, and TWRA.  They are considered uncommon over most of their range.

Fun Facts:
•They emerge late at night to forage rather than feeding at twilight.
•During hibernation, these bats fold and curl their large ears back like ram's horns; if disturbed, the ears unfold and move in circles like antennae.

Best places to see in Tennessee:
Hollow trees or abandoned buildings in western counties or on Cumberland Plateau. 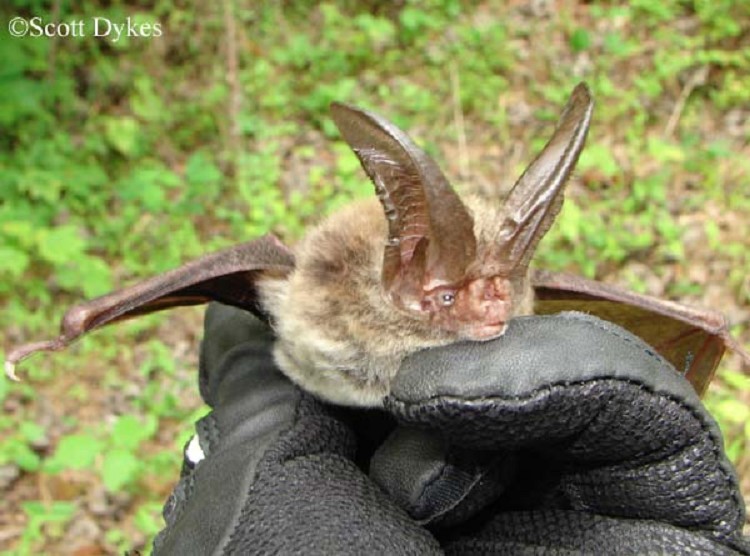 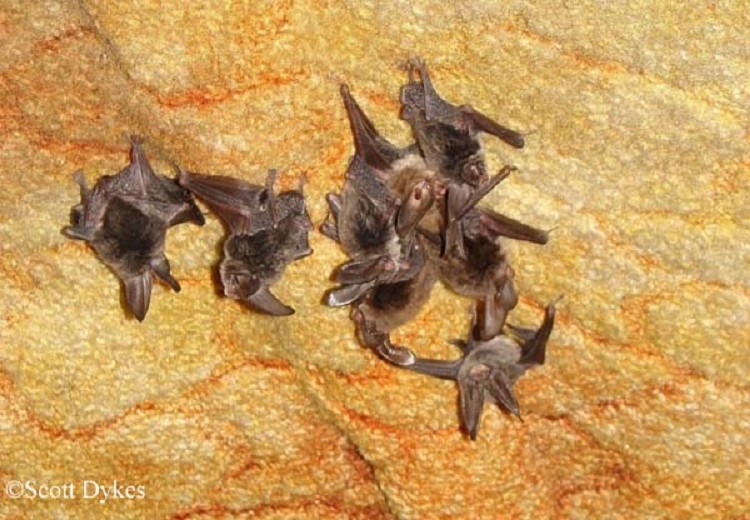