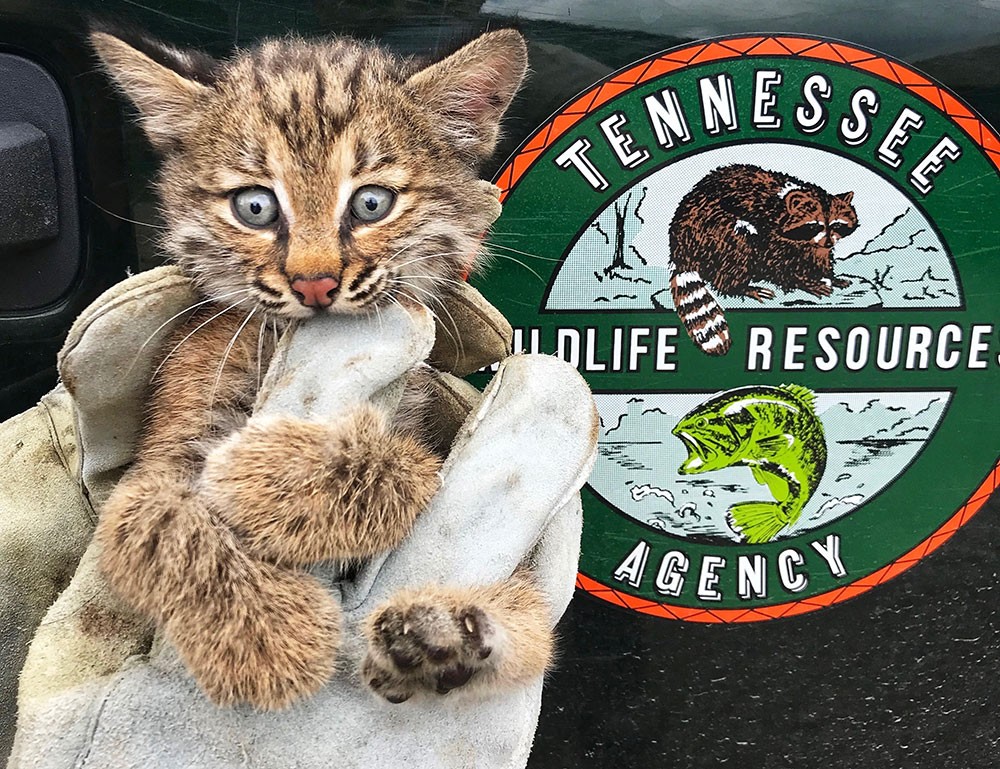 The Bobcat, which is a stealthy hunter aided by keen eyesight, hearing, and a well-developed sense of smell, is the most common and widely distributed wildcat in North America.   It can be found all across Tennessee.

Facial fur has black lines and a ruff of fur extending from the ears down to the lower jaw. The backs of the ears are solid black with a central white spot.   Underparts are white with black spots. Upper legs and tail have black barring; the tail tip is black.  They have sharply curved claws that can be retracted.

Similar Species:  The domestic cat is smaller, has a longer tail usually, and is not spotted with black.   Bobcats are often confused with cougars, although cougars are many times larger, longer, and have a very long tail.

Habitat:  Bobcats occur in a variety of habitats, but they prefer heavily forested areas with thick underbrush.   They also occur in timbered swamps; farmland; scrubland; and rocky terrain such as glades, bluffs, and rocky outcrops.   Maternity dens are made of dry leaves and moss and usually located under a fallen tree, in a hollow log, or in a rock shelter.

Breeding information: Mating season begins in December and may continue into summer, but usually peaks in March.   A litter of 1-5 (usually 2-3) kittens are born after a 50-70 day gestation period.   Kittens are born with sharp claws and spotted fur.

They are able to play outside the den after their eyes open at 9-11 days old.   Weaning occurs at 2 months old, but the kittens will stay with the mother until at least the fall.

Status in Tennessee:  Bobcats are hunted and trapped in the state. They may be abundant in suitable habitats.

Fun Facts:
•Like most felids, Bobcats are solitary animals.
•The Bobcat gets its name from its stubby, or "bobbed," tail.

Best places to see in Tennessee: Second-growth timber with a lot of underbrush. 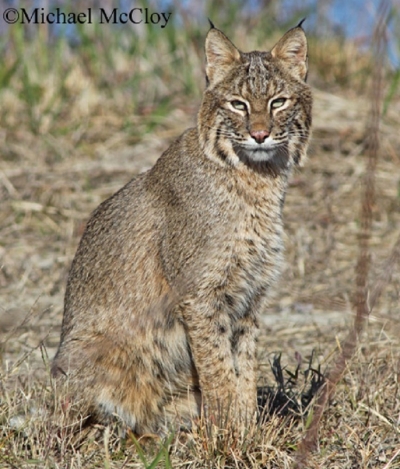