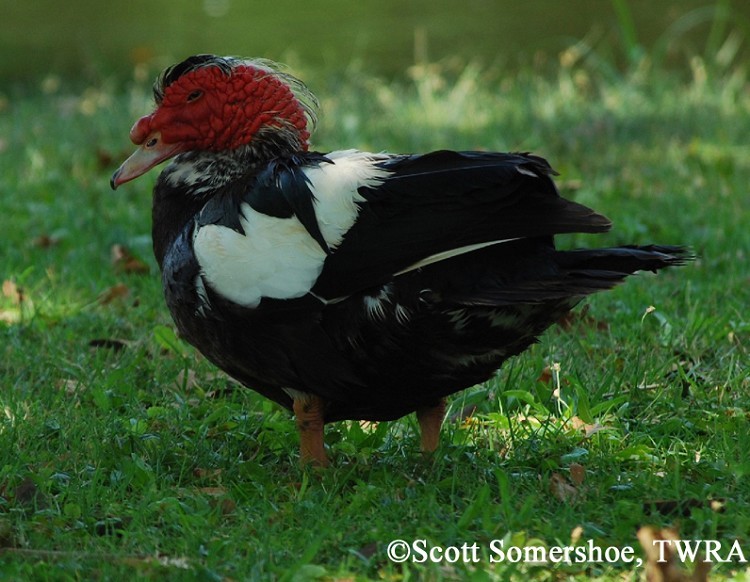 The Muscovy Duck is a large duck native to Mexico, Central and South America, and extreme southern Texas. In Tennessee, it is an exotic, non-native species that occasionally breeds in the state.

Description: The feral Muscovy Duck that is found in Tennessee has numerous color variations, but usually has patches of white on the head and body, and a red warty face. The domestic Muscovy is white overall with a red face.

Habitat: Farm ponds and other lakes/reservoirs where domesticated Mallards and other geese are found.

Status in Tennessee: Fairly regularly found across Tennessee, although it is an exotic bird not native to Tennessee.