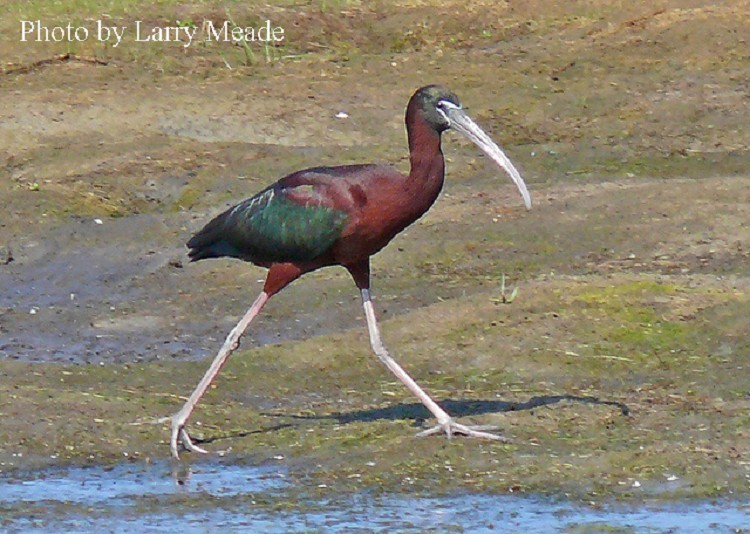 Sometimes called the more cosmopolitan ibis, the Glossy Ibis, is the most widespread ibis species.  It can be found in South, North and Central America, southern Europe, Africa, Asia, and Australia.  In the US it primarily lives along the Atlantic coast but can also be found in a variety of inland wetlands.  A nomadic wading bird, Glossy Ibis often roost communally at night in large mixed flocks, sometimes a good distance from their feeding wetlands.

Description: The Glossy Ibis’s head, neck, back, and underparts are a rich chestnut-brown. The wings are black with a metallic green sheen, there is a white stripe from the base of the bill to above the eye and the bill, legs, and feet are greenish-brown. In the fall, a dark iris is a key identification marker.

Voice: Usually silent but will emit a nasal croak or quacking sound.