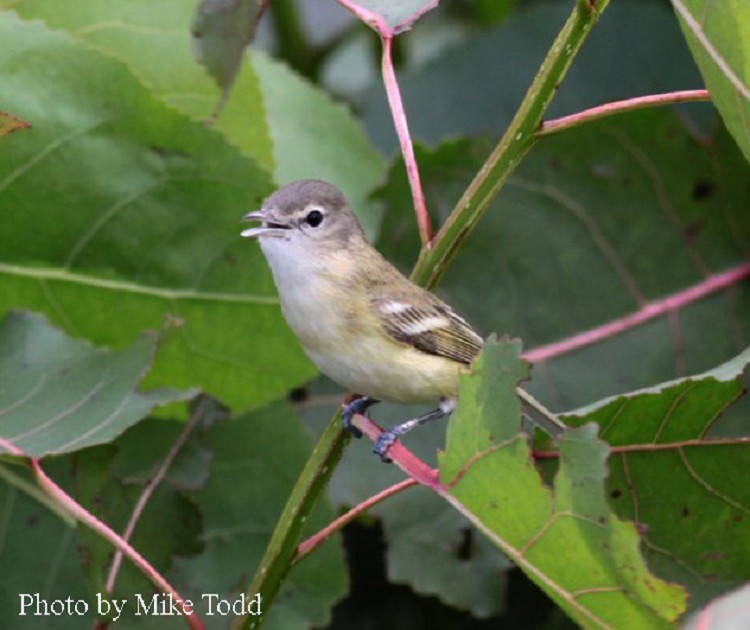 John James Audubon named this small, drab vireo for his friend and companion John Bell. A shy, secretive bird, Bell’s Vireo, is more often heard than seen as it forges dense underbrush for insects and spiders.

There is little difference in the plumage of males and females although color does vary slightly across its range. Bell’s Vireo has been in large decline over the last 40 years due to habitat loss and brood parasitism by Brown-headed Cowbirds.

Status in Tennessee: Bell’s Vireo is a rare neotropical migrant in early spring and summer in Tennessee.