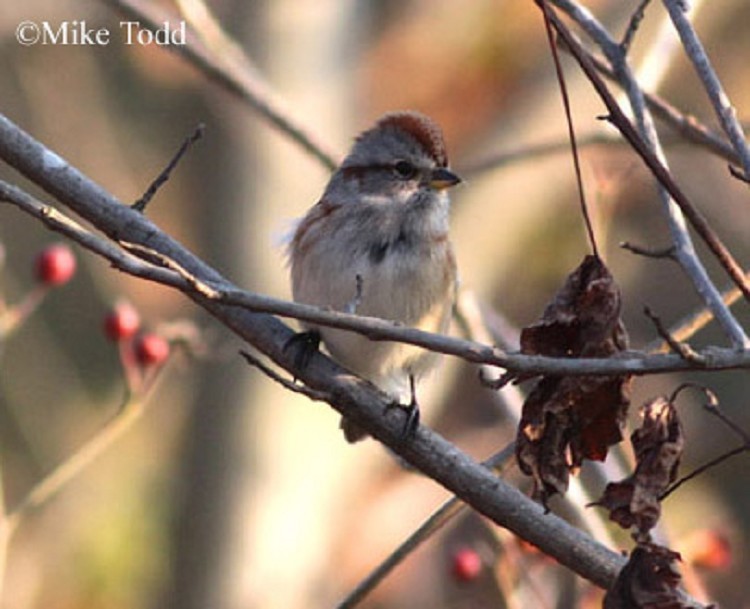 American Tree Sparrows are irregular winter visitors to Tennessee, and are more common some winters than others. The northern and western portions of the state are typically the southern limit of the wintering range, but in years when there is poor seed production up north, more birds may "invade" Tennessee.

Description: The most distinctive features of this small songbird are the rusty crown, and dark spot in the center of the unstreaked breast. It has a rounded head, a rusty eye-line, a gray stripe over the eye, two white wing-bars, and a rather long tail. Males and females look the same.

Voice: The song is a series of thin, high, sweet whistled notes, not often given in winter. The call is a hard tseet.

Diet: Insects in summer, seeds and berries in winter.

Status in Tennessee: The Tree Sparrow is an irruptive species. It is found in the northern, middle, and western counties most winters, but can occur in flocks statewide during irruptions. It generally arrives in late October and departs by mid-March.