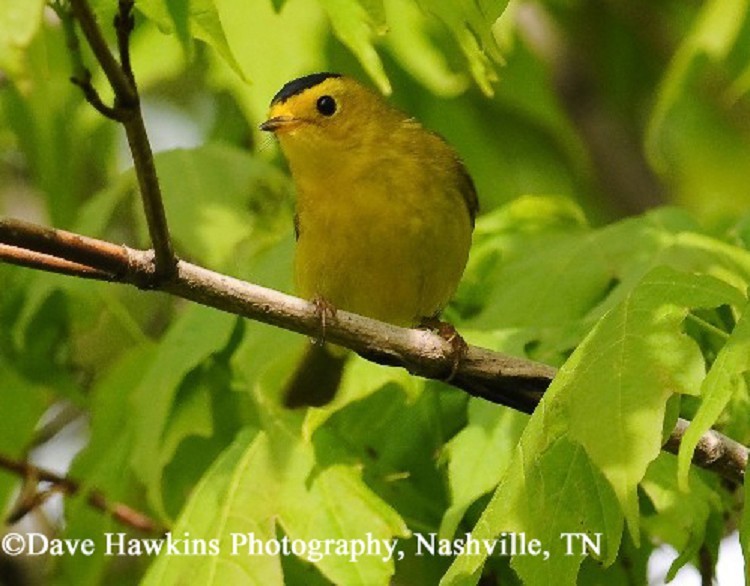 Both to common and scientific names of this small warbler  Wilson's Warbler, Cardellina pusilla recognize the early ornithologist Alexander Wilson who first described this species in 1811.  He apparently named the bird after himself.

Wilson's Warbler has a very large breeding range, which extends across Canada and Alaska and south through the western United States. It is found in Tennessee in the spring and fall as it travels to and from its wintering grounds in Mexico and Central America.

The Wilson's Warbler is most likely to be seen in shrubby thickets and edge habitats from early May to late May in the spring, and in the fall from early September to early October.

This small songbird is olive-green above and yellow below, with a yellow face, and plain dark wings and tail. The male has a black crown-patch, which is greatly reduced or missing entirely in the female. Juvenile birds are similar to the female but duller.

Voice: Song is a series of 10 to 15 rather unmusical, chatter-like notes, chchchchch, dropping in pitch toward the end.

Nesting and reproduction: Wilson's Warbler has not been documented nesting in Tennessee.

Status in Tennessee: Uncommon migrant. Found in spring from early May to late May, and in the fall from early September to early October.