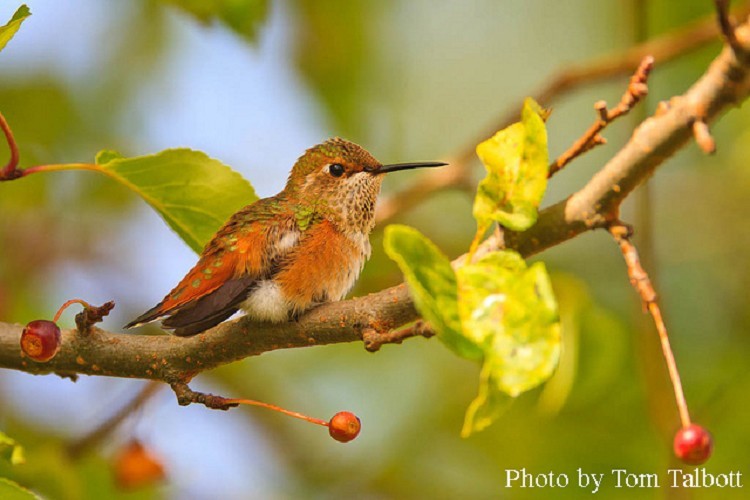 The Rufous Hummingbird is the western species most often found in Tennessee. Deemed the “feistiest” hummingbird in North America, this hummer also has the longest migration route of the all the US hummingbirds.

Typically solitary, the Rufous hummingbird can tolerate temperatures to -4 degrees Fahrenheit allowing a territory that extends north into Alaska, further than any other hummingbird.  In recent years Tennessee has experienced an ever-growing winter population of this tenacious little vagrant hummingbird.

Description: A small, compact hummingbird the Rufous has a slender, straight bill, shorts wings and when folded the tail tapers to a point. The adult male has green markings on his rufous back, rufous wash on the underparts, a white chest that extends into a central belly streak and his throat is a copper-red.

The adult female has rufous-buffy sides and flanks, a green back, white breast and belly and her throat can be speckled with small red spots. Immature rufous hummingbirds look very much like the adult female bird except their tail feathers are rufous.

Voice: A hard, high chip and a sharp buzz followed by a three-syllable phrase denotes the call of the Rufous Hummingbird

Status in Tennessee: The Rufous Hummingbird is a less uncommon migrant during winter in Tennessee. 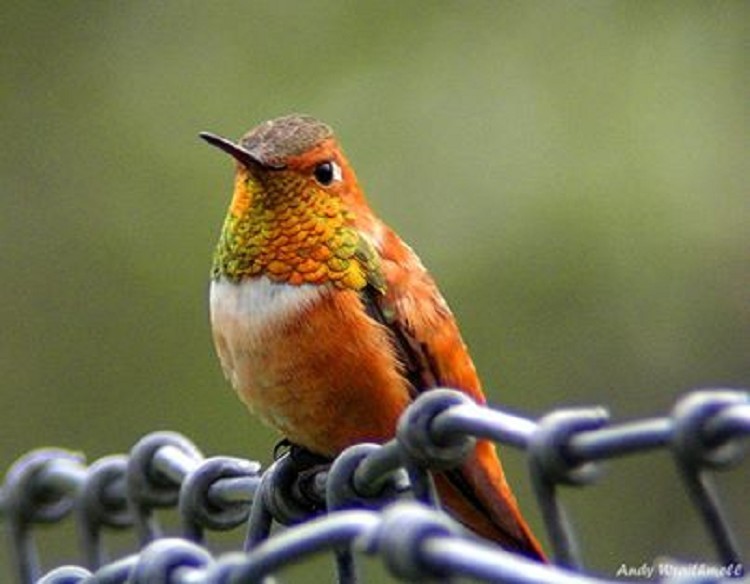