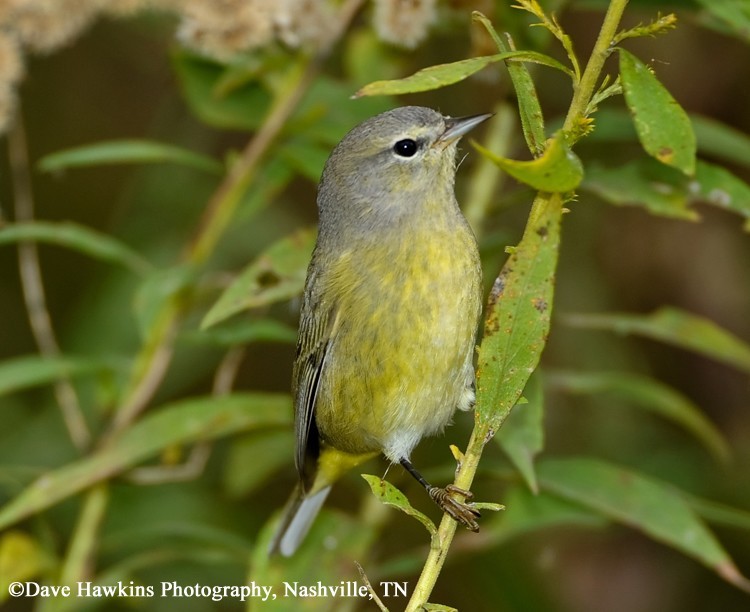 The Orange Crowned Warbler is a small drab warbler that breeds across Alaska and Canada and is much more common in the West than in the East. It passes through Tennessee on its way to and from the wintering grounds in the southern United States and Central America. It can be found in the state from mid-April to early May and again in late September to early November.

Description: This small drab-colored warbler is olive-green above, yellowish below with faint streaks, and has a yellow under-tail. The head has an inconspicuous orange crown, a broken eye-ring, a dark line through the eye, and a thin pointed bill. It lacks wing-bars and tail-spots. Females and juveniles look similar but are even duller. Western birds are yellower than eastern birds.

Voice: The song is a fast unmusical trill, changing in pitch at end.

Habitat: During migration, found in woodland and woodland edges.

Nesting and reproduction: The Orange-crowned Warbler has not been documented nesting in Tennessee.

Status in Tennessee: Uncommon migrant and rare winter visitor across the state.

Best places to see in Tennessee: In mixed-species foraging flocks in woodland habitats across the state during spring and fall migrations.