Description: A large (4.5 to 7.0 inches in length) and remarkably handsome salamander with a wide red or chestnut stripe, extending from the neck to the base of the tail, on top of a black dorsum. The sides of the body, head, and tail have white to light gray blotches. The belly is dark gray with scattered light spots.

Habitat: Lives under logs, bark, and rocks of deciduous forests. Also, found near springs and streams or on rocky, moist slopes covered with moss and ferns.

Breeding information: Not very well known, but breeding is terrestrial and females probably brood eggs as with other Plethodon species.

Status in Tennessee: Population numbers are not well known, however, Yonahlossee Salamanders are considered to be relatively resilient to timber harvesting and habitat fragmentation. 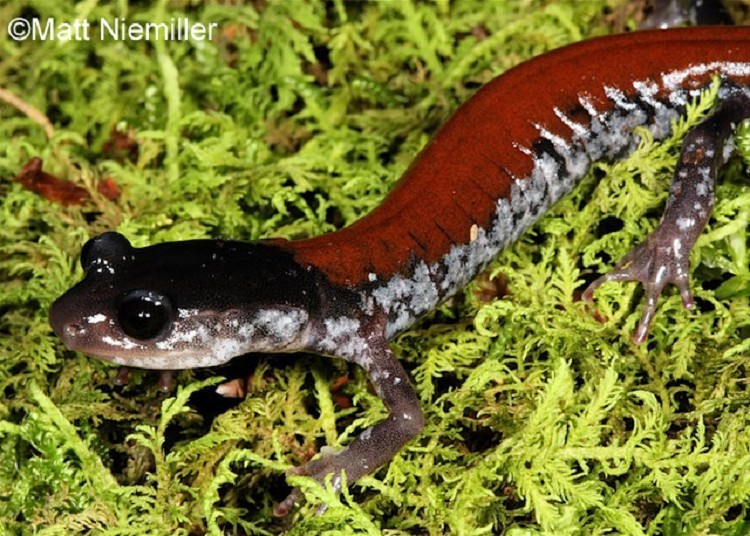