Sometimes called the Congo Eel, the Three-toed Amphiuma is a slippery, snake-like, aquatic salamander of the Mississippi flood plain.

Description:
Reaching lengths of more than three feet, the Three-toed Amphiuma is among our largest salamanders.   Adults are bi-colored, with a black, slate, or brownish back and a lighter gray belly. The four limbs are extremely thin and elongated and each foot has three toes.   The tail is laterally compressed to aid in swimming and there are no external gills.

Similar Species:
The Lesser Siren is also eel-like, but unlike the Three-toed Amphiuma, it lacks hind legs and has external gills.

Habitat:
Found in semi-permanent and permanent bodies of water such as bayous, ditches, and ponds that are muddy and mucky.

Breeding information:
Breeding takes place underwater in late winter or spring.   A string of around 200 eggs is laid in a depression in the mud under a log or other debris. Females guard their egg masses for the duration of development, which takes approximately five months.

Status in Tennessee:
Abundant in the appropriate habitat in the western portion of the state.

Fun Facts:
•Three-toed Amphiumas have a powerful bite
•During dry spells they retreat to their burrow where they can stay for months without eating

Best places to see in Tennessee:
Muddy ponds and bayous in West Tennessee are home to this species. 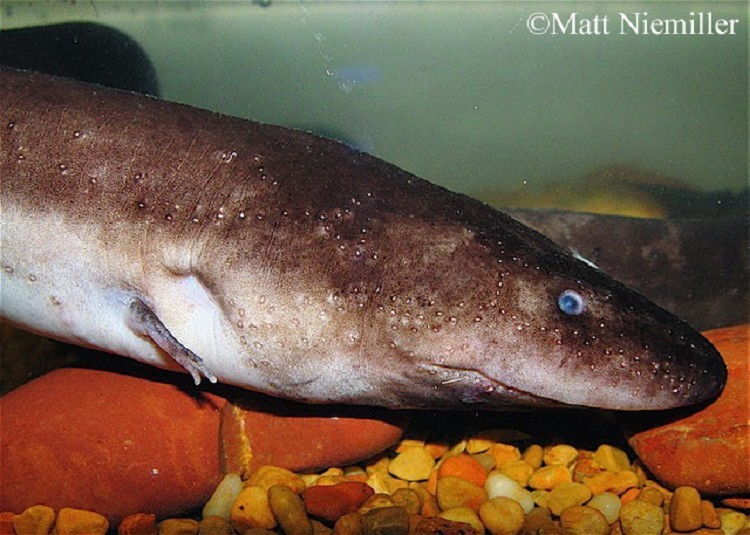