Little is known about the Tellico salamander that occurs in a small range on the western slopes of the Unicoi Mountains and adjacent lowlands between the Little Tennessee and Hiwassee rivers. Formerly a subspecies of P. glutinosus.

Description: A large, black salamander (4.0 to 6.0 inches in length) with many, brass-colored spots on the dorsum. Sides have white or yellowish spots. The belly is gray with a lighter chin. The tail is round in cross-section.

Diet: A variety of invertebrates.

Breeding information: Unknown. As with all Plethodon species, Tellico Salamanders do not migrate to breeding grounds. Eggs are probably placed in underground cavities.

Status in Tennessee: The Tellico Salamander is listed as “In Need of Management” by TWRA. Appears to be more resilient to timber harvesting disturbance based upon its occurrence in second-growth forest.

Best places to see in Tennessee: Low elevation woodlands on western slopes of the Unicoi Mountains. 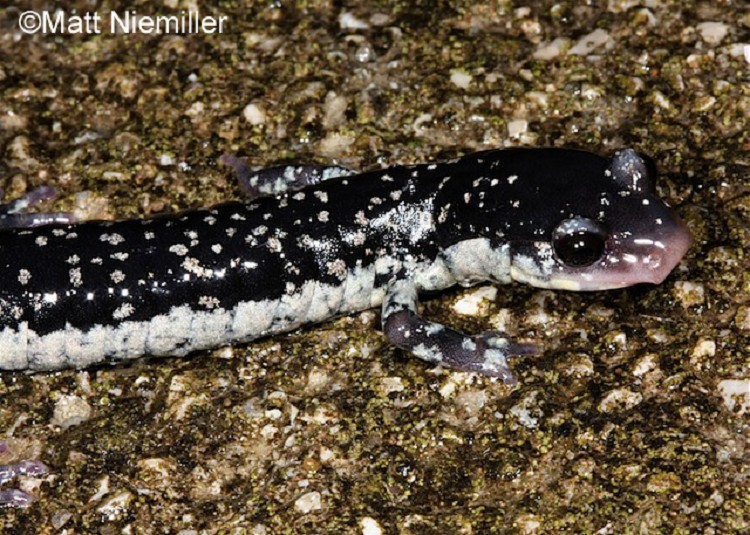 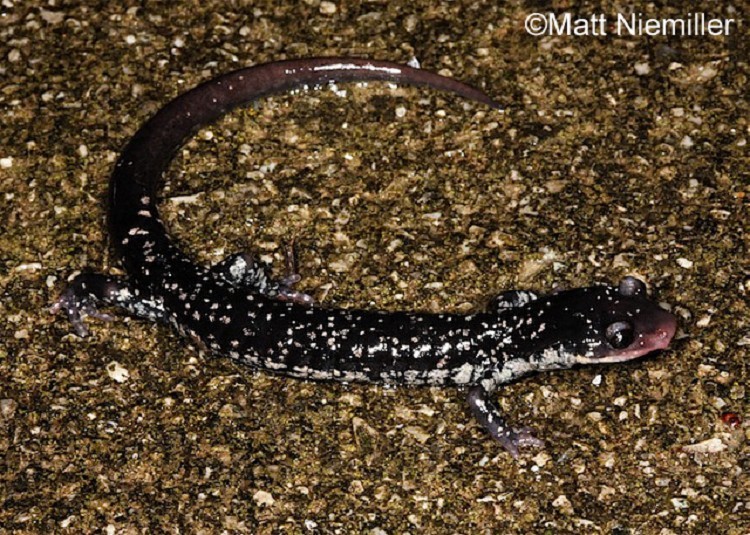