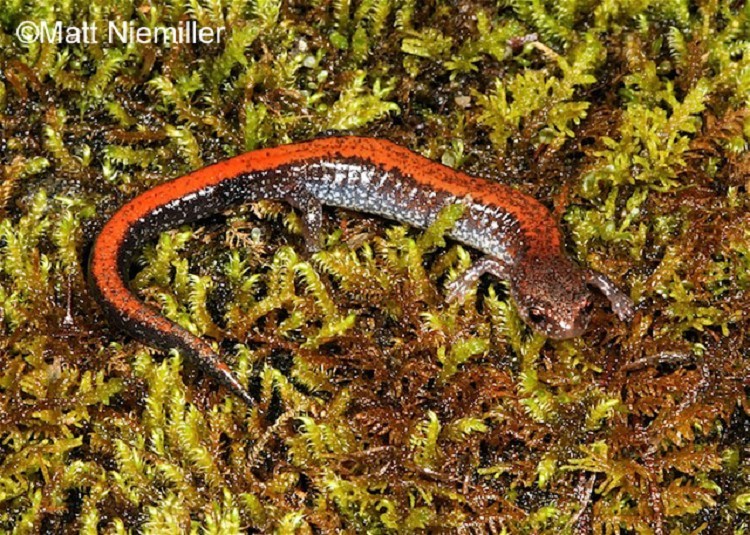 Description: A small, slender salamander (2.5 to 4.0 inches in length) with two color morphs, striped and lead-backed. The striped morph has a red to orangish-red broad stripe from the head to the tail, while the body color is brown to dark brown.

Stripes in some specimens may have a serrated or saw-toothed edge. The lead-backed morph has no stripe on the back and is uniformly dark gray in color. Both the morphs have a black and white patterned belly producing a “salt-and-pepper” effect.

Similar Species: Distinguished from identical Eastern Red-backed Salamander by the range and genetic analysis. Southern Zigzag Salamander has a more pronounced wavy edge to stripe along the back.

Breeding information: Adults mate in winter and spring. Females lay eggs in underground cavities during the summer and brood them until hatching. The young hatch in late summer as small adults, as they do not go through a larval stage.

Status in Tennessee: Common in Great Smoky Mountains National Park, where a large portion of the TN population occurs.