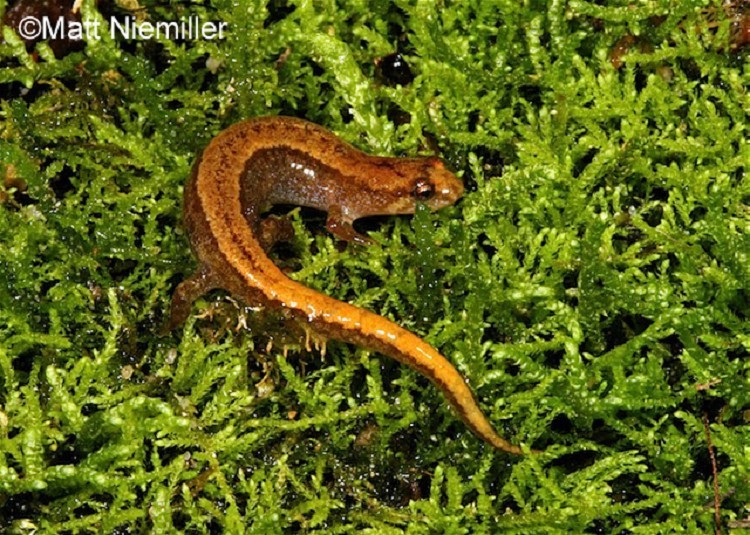 One of the state's smallest salamanders, the Seepage Salamander also has one of the smallest ranges in Tennessee, occurring only in the extreme southeastern portion of the state.

Description:
This tiny (1.75 to 2.25 inches long) species has a yellowish to reddish-brown wavy, or sometimes straight, stripe going down the back. They often have a dark "Y" behind the head and extending onto the midline of the back either in a line or series of dots; they may also have a light circular patch on the top of each thigh. Some individuals may bear a very faint herringbone pattern upon the back, similar to the Pygmy Salamander.

Similar Species:
The Pygmy salamanders are generally more patterned and the top of the head is rough.

Habitat:
As their name implies, Seepage Salamanders live in and around seepage areas. They can also be found near streams in moist or wet leaf litter, under logs, and in mats of moss.

Status in Tennessee:
The Seepage Salamander is listed in Tennessee as "In Need of Management".

Best places to see in Tennessee:
Found only in the extreme southeastern part of the state.