The Red Cheeked Salamander is a species, also known as Jordan’s Salamander, it is found exclusively within the boundary of the Great Smoky Mountains National Park at higher elevations. It is also part of the Jordan’s Salamanders complex along with Northern Gray-cheeked (P. montanus) and Red-legged Salamander (P. shermani). These closely related salamanders often hybridize.

Description: A long, (3.5 to 5.0 inches in length) slate gray to bluish-black salamander with reddish cheek patches. The belly is gray to black. No other colors or patterns occur on the body.

Diet: A variety of invertebrates including spiders, moths, flies, beetles, aphids, and snails.

Breeding information: Very little data. Adults breed on land and eggs are assumed to be laid in underground cavities, similar to other Plethodon species. Females probably brood the eggs and hatchlings will emerge as miniature adults, as opposed to entering the larval stage.

Status in Tennessee: Entire population occurs in Great Smoky Mountains National Park, so is protected from logging and farming operations. 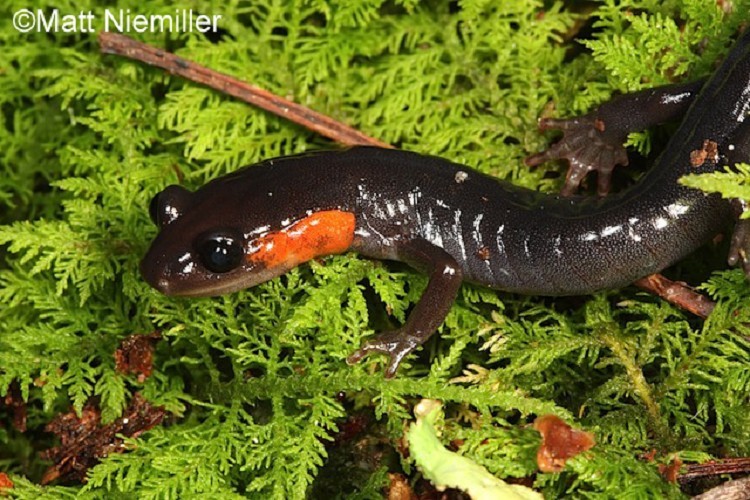