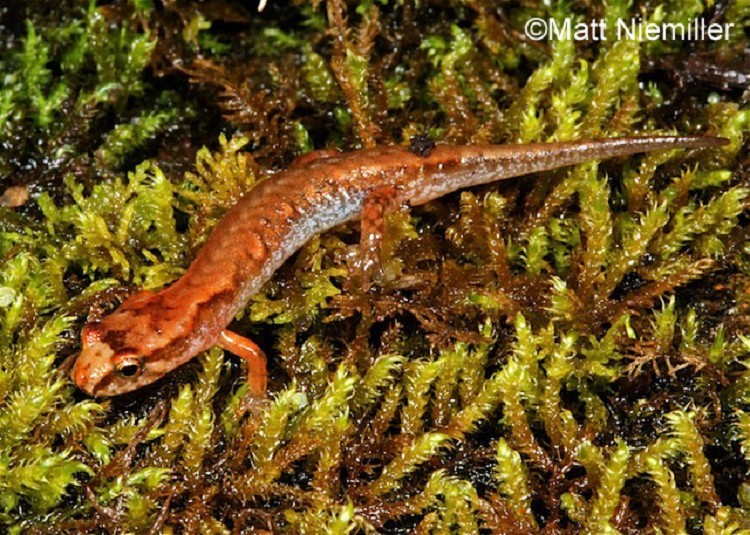 The Pygmy (also Pigmy) Salamander is one of two of the smallest salamanders in TN. It is primarily restricted to higher elevations in the Blue Ridge Mountains along the Tennessee-North Carolina border.

Description: A small species (1.5 to 2.0 inches in length) with a dark herringbone pattern on the back over a reddish-brown to coppery-colored stripe. The sides of the body are silver-colored and the eyelids are bronze. The belly is flesh-colored and the tail is short and round in cross-section.

Breeding information: Breeding occurs in both fall and spring. Female lays 3-10 eggs in headwater seepage areas along the bank and attends eggs. Hatching occurs in the fall with the larval stage completely terrestrial.

Status in Tennessee: Pygmy Salamanders are considered imperiled and very rare in TN. In 1994, TWRA listed the Black Mountain Salamander as "In Need of Management." Populations are in jeopardy due to loss of habitat from logging activities, increased recreational development, and stream pollution.