Description: A small, dark-colored salamander (2.5 to 3.5 inches in length) with a red or orangish wavy pattern, or “zigzag”, extending from the neck down the back to the base of the tail where it straightens out. This species also occurs in a brownish-gray color morph without the zigzag. Small white flecks occur on the back and sides giving a metallic appearance. The belly is gray or black with orange or reddish speckles.

Breeding information: Northern Zigzag Salamanders breed terrestrially during the fall and spring. Females lay 3-9 eggs in underground cavities or in cave entrances during the spring and summer. Females remain with the eggs until hatching in the fall.

Status in Tennessee: One of the more abundant salamanders in TN. 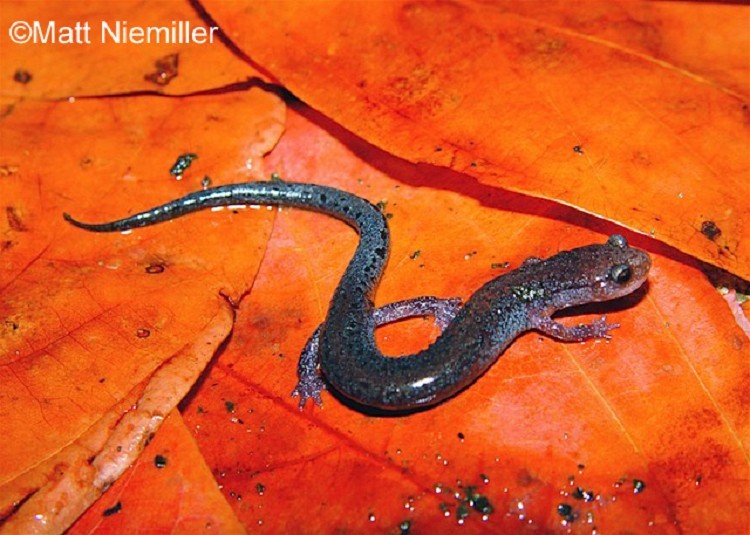