Found west of the Tennessee River in the Coastal Plain. White-spotted Slimy, Mississippi Slimy, and Northern Slimy Salamanders are virtually indistinguishable and make up the Slimy salamander complex.

Description: A large salamander (4.5 to 8.0 inches in length) has black dorsum with small, white, or silver spots scattered over the body. The belly is lighter than the back and the tail is round.

Similar Species: Distinguished from identical White-spotted Slimy and Northern Slimy Salamanders by the range and genetic analysis. Tellico Salamander has a separate range and Cumberland Plateau Salamanders are smaller and have a light chin. Southern Appalachian Salamander usually has fewer and smaller white spots on the back and sides.

Habitat: Beneath covers, including trash, in bottomland hardwood forests.

Breeding information: Adults reproduce terrestrially during the spring and summer. Females lay 15-17 eggs in underground cavities during the late summer or early fall. Females remain with the eggs until hatching.

Status in Tennessee: Relatively resilient to timber harvesting; however clear-cuts have a negative impact on populations. 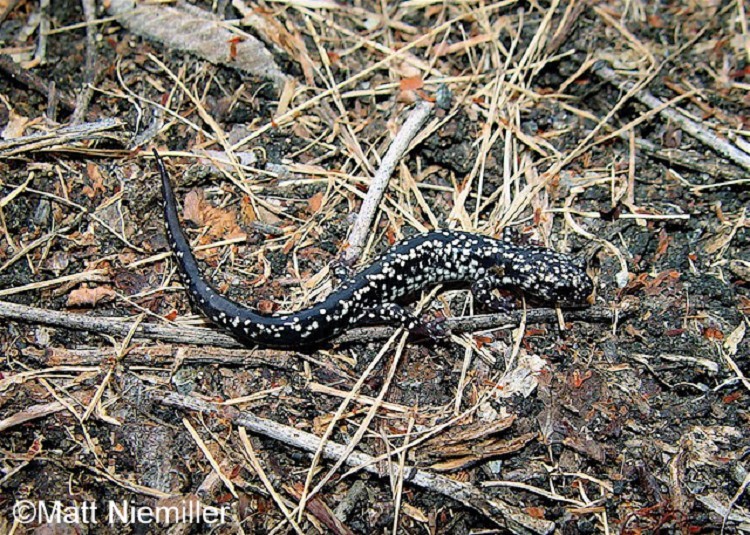 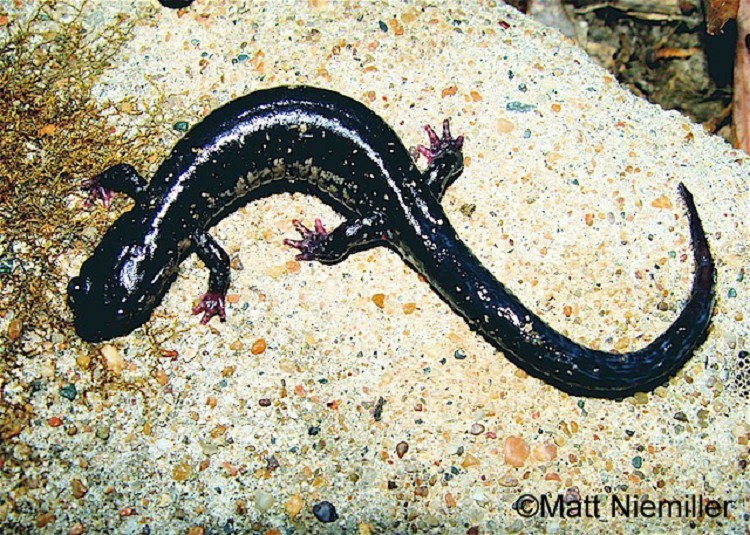