Description: A large (3.0 to 7.0 inches in length), stout-bodied species with an orange-brown to reddish-brown dorsum covered with round, well-separated black spots on the back and sides. Young specimens are brightly colored, whereas older ones can develop into chocolate colors. The belly is a distinctly lighter orangish color, sometimes with dark flecking. Eyes are black or dark brown.

Similar Species: Red Salamander is usually more reddish in color with a more dense concentration of black, irregular spots on the back. Also has a yellow iris. Spring Salamander has a dark line from the eye to the nostril and a more angular snout.

Breeding information: Little data exists; however breeding is known to occur in aquatic habitats during the fall. It is estimated that 70-190 eggs are laid by the female in an underground cavity. Hatching is believed to occur in late winter. The larval stage lasts from 15-30 months.

Status in Tennessee: Very hard to gauge the abundance of this secretive, subterranean species. Considered exceptionally rare in the Great Smoky Mountains.

Best places to see in Tennessee: Along muddy areas of streams and springs in the eastern half of Tennessee. 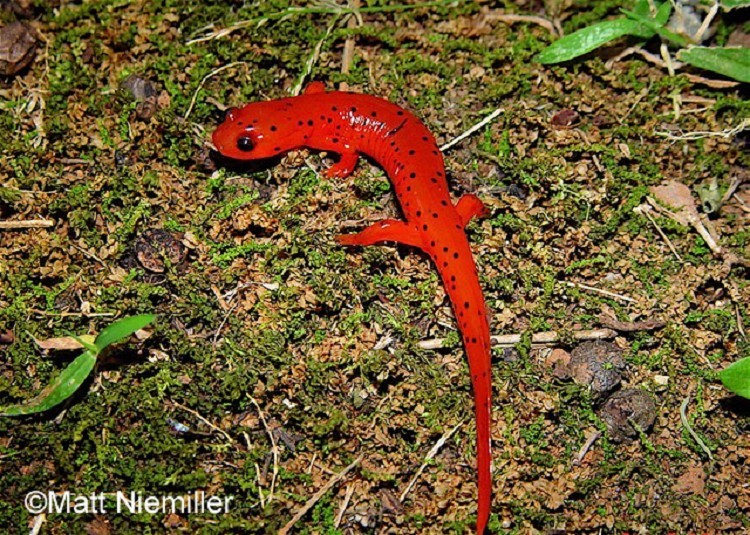