The Junaluska Salamander occurs in a small area of lower elevation streams on the Tennessee North Carolina border.

Description: A slender, small salamander (3.0 to 4.0 inches in length) with a yellowish-orange body covered with black flecks along the sides of the body and tail forming a vague wavy line. The tail is relatively short and limbs are long. The belly is light-colored.

Habitat: Found along edges of medium to large streams and under rocks or other structures in the streams.

Breeding information: Pairs breed along streams between autumn and spring. Females lay 30-49 eggs under large rocks in the streams where they attend them until hatching. The larval period lasts for 2-3 years.

Best places to see in Tennessee: Lower elevations of the Great Smoky Mountains. 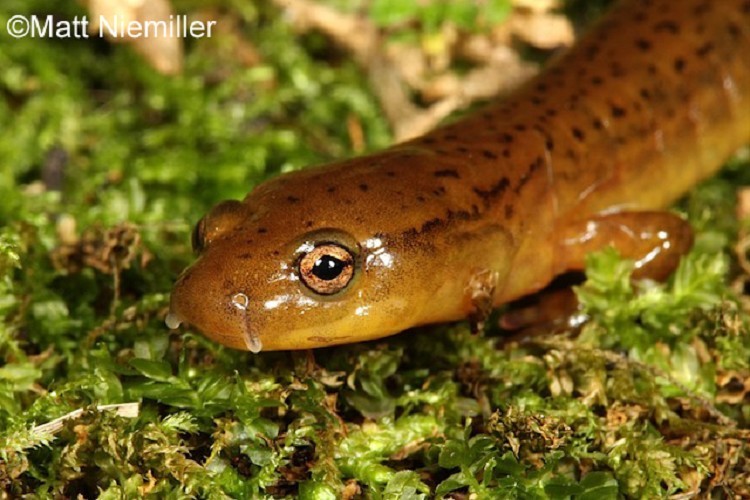