A striking but rarely seen species, the Green Salamander lives on cliffs and rocky areas with lots of crevices and has evolved a color pattern that blends in with the lichen found on rock faces. It can sometimes be encountered under logs and, rarely, in trees.

Description:
This salamander has a black base color with a yellowish-green, lichen-like pattern on its back. It has a flattened body (3.25 to 5 inches), long legs and square toe tips, all adaptations for living on cliffs.

Habitat:
The Green Salamander is well adapted to living on sandstone and limestone rock faces that are humid but not wet. It hides in crevices and is very difficult to see.

Diet:
Invertebrates including insects and snails.

Fun Facts:
•Females actively protect their eggs from predators and fungi
•The Green Salamander's body and head are flattened, making it easier for them to move about in tight spaces

Best places to see in Tennessee:
The range of this species is rather limited in Tennessee, being confined mainly to the Cumberland Mountain, Highland Rim and Cumberland Plateau physiographic provinces. 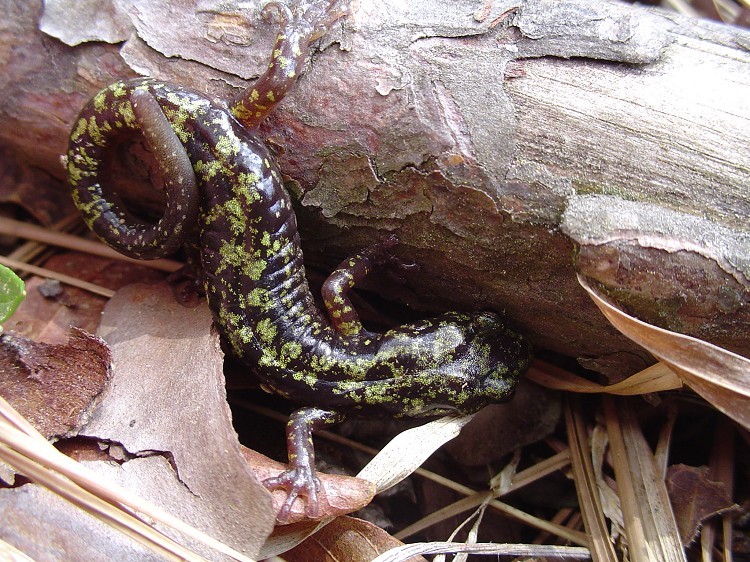