Considered one of the easiest salamanders to identify in TN, the Four-toed Salamander is found sporadically from the Western Highland Rim eastward to the state border.

Description: A small salamander (2.0 to 4.0 inches in length) with a noticeable constriction at the base of the tail and four toes on each foot. The dorsum is rusty brown to grayish with small dark flecks. The belly is white with conspicuous black spots.

Diet: Small invertebrates, such as worms, spiders, and mites.

Breeding information: Mating begins in the fall. Females migrate to ponds, bogs, or streams in winter where they lay between 20 and 80 eggs in moss clumps or rotting logs. Females often share nests; solitary nests are brooded by the female. After hatching, larvae find their way to the water where they will metamorphose in 20-40 days.

Status in Tennessee: In 1994, listed as “In Need of Management” by TWRA. Appears to be uncommon and spotty across its range, but does well in protected areas like Great Smoky Mountains National Park. 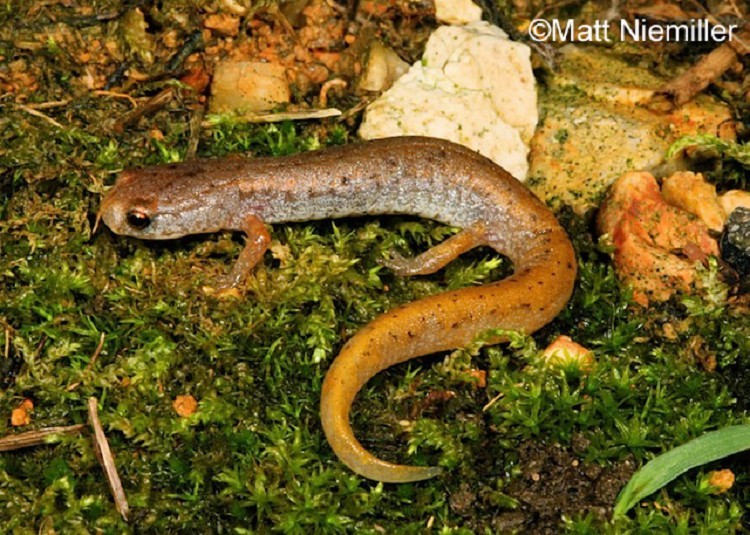