Found only in the northern section of the Cumberland Plateau along the Tennessee-Kentucky border.

Description: A medium salamander (3.75 to 6.75 inches in length) having a black dorsum with small white spots that increase in size on the sides. Belly is uniformly slate gray transitioning into a lighter chin.

Habitat: Primarily occurs in steep-sloped mature hardwood forests with sandstone or shale underneath; yet can be found in a variety of woodland habitats such as moist ravines, rock crevices, and cave entrances.

Diet: Range of invertebrates such as mites, flies, spiders, snails, beetles, and ants.

Breeding information: Adults breed during late summer through fall. Females lay 9-12 eggs in underground cavities and remain with them until they hatch. Hatchlings emerge as miniature adults without going through the larval stage.

Status in Tennessee: Listed as “In Need of Management” by TWRA. Mature hardwood habitat vulnerable to timber harvesting. 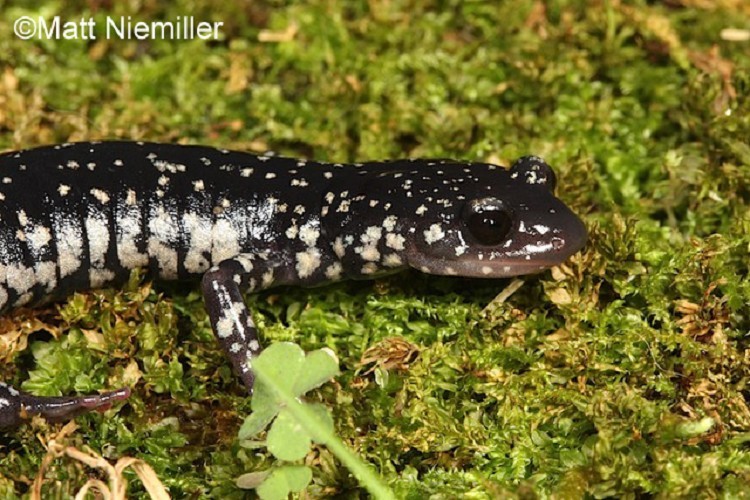