Description: This medium-sized, chubby salamander (3.0 to 5.0 inches in length) has a light brown dorsum patterned with small dark brown spots or streaks. Tips of toes are usually very dark. A light line usually extends from just behind the eye to the angle of the jaw. A line of weak, whitish dots occurs between legs on side of the body. The tail is flattened at the base and is strongly keeled.

Breeding information: Breeding occurs in spring and nests are placed in permanent streams. Females lay 18-33 eggs and then guard the clutch. Eggs hatch in September beginning the 20-24 month larval period.

Status in Tennessee: Local population declines have been observed due to impacts to stream habitat from strip mining and mountaintop removal mining for coal. The widespread use of this species for bait in the past has also impacted the population. In 1994, TWRA listed the Black Mountain Salamander as "In Need of Management." 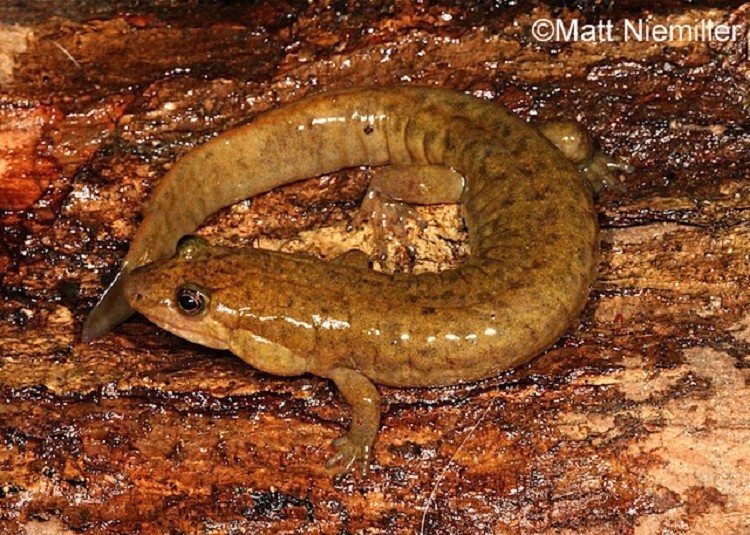