Note: Participation in this review is voluntary, non-compensable, and will not prevent you from submitting a bid for the project.  Anything you choose to share will remain in confidence.  Any Contractor that is prequalified with TDOT's Construction Division may request participation by completing and submitting a Letter of Interest to Jamie Waller at Jamie.Waller@tn.gov. 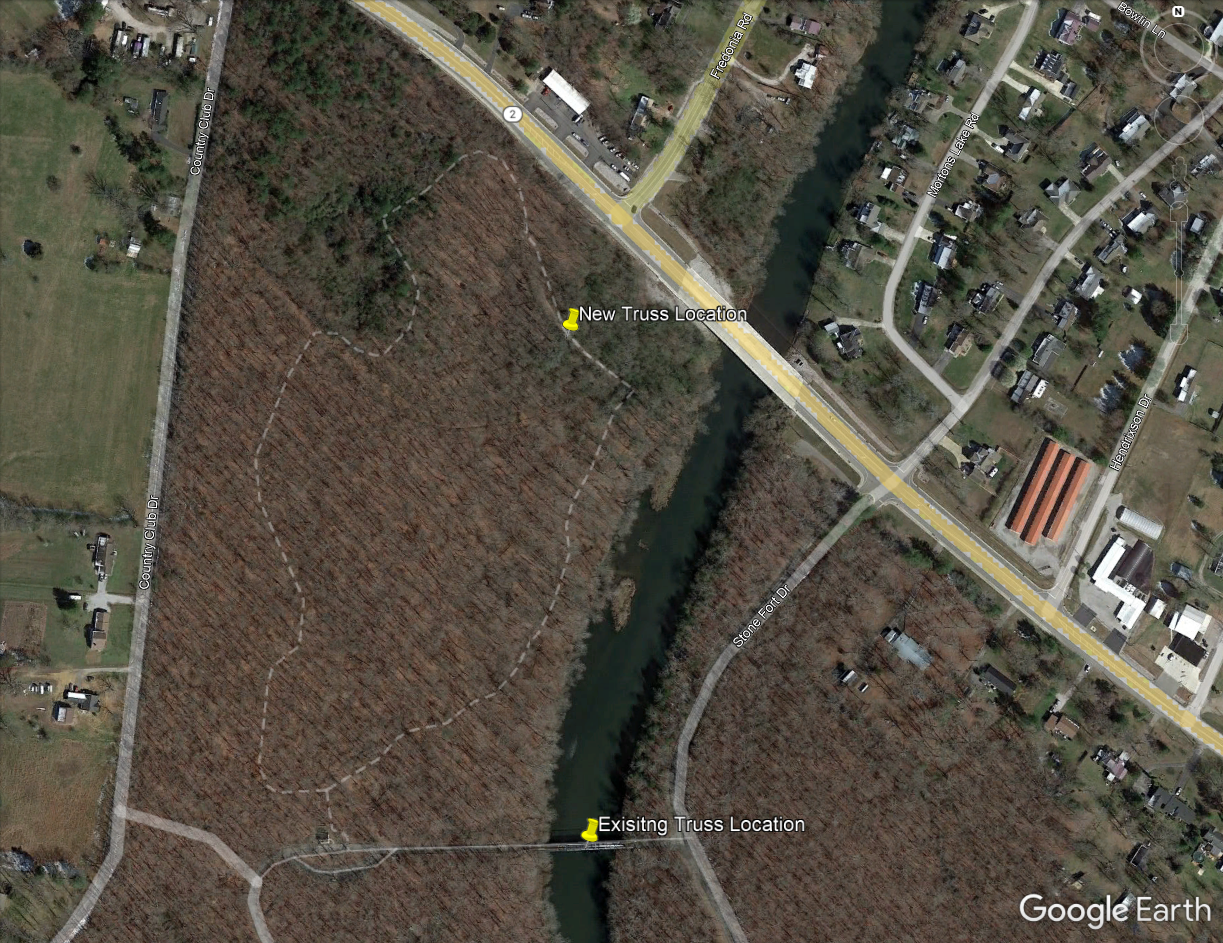 The project includes removing and replacing the existing truss Bridge that is along Campground Lane over the Duck River.

The Duck River is classified as an Exceptional Tennessee Water.

It has been determined by TDOT Environmental that the existing truss bridge is eligible for listing in the National Register of Historic Places.  Because this bridge replacement project is receiving federal funds, TDOT is required to comply with regulations contained within Section 4(f) of the U.S. DOT Act.  Compliance under Section 4(f) requires additional coordination with FHWA Legal and the Department of the Interior to ensure that there are no prudent and feasible alternatives to the Section 4(f) impact.  The proposed bridge replacement project qualifies as a Programmatic Bridge 4(f) which reduces the timeframe historic preservation needs to comply with the U.S. DOT Act.

The typical section on the proposed bridge will consist of one (1) travel lane twelve (12) feet wide with three (3) foot shoulders in order to match the approach width on both sides. The proposed structure will have five (5) foot sidewalk on the north side of the road and Americans with Disabilities Act (ADA) compliant ramps on both sides of the structure.

The proposed alignment and grade for the replacement structure will remain the same as the existing structure. The proposed structure will have a ninety (90) degrees skew with the river channel. The current speed limit on Campground Lane is twenty-five (25) miles per hour (mph) and the proposed design speed will be thirty (30) mph.

The existing sewer pump station will need to be replaced and new sewer lines will be attached to the new structure.  The sewer will require temporary operations during removal of the existing bridge and construction of the proposed structure.