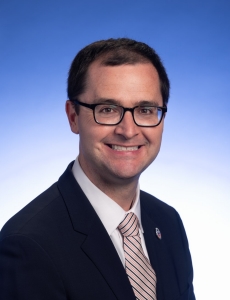 By Ryan Holt, State Board of Education Member for the Fifth Congressional District

There’s no doubt that reading well by third grade is vital to a student’s future success. In fact, a long-term study by the Annie E. Casey Foundation found that students not proficient in reading by the end of third grade were four times more likely to drop out of high school than proficient readers. This fact is especially concerning because only 36 percent of Tennessee third graders scored proficient in English language arts (ELA) last year. Evidence-based studies such as this, as well as COVID-19 school disruptions, led Tennessee officials to rethink our state’s early literacy strategy.

As a parent with a son entering third grade in Tennessee public schools next year and another not far behind, I wanted to familiarize myself with Tennessee’s new literacy law. What I found was that while the law isn’t perfect, it includes multiple pathways and research-backed supports for more students to enter the fourth grade as the strong readers we all want them to be.

Tennessee’s literacy law encourages the state, school districts, and schools to develop necessary interventions and supports for students not proficient in ELA. This is an opportunity for Tennessee to reenvision how we support students in the earliest and arguably most-critical stages of their education.

It is my hope as a parent and State Board of Education member that clarity around this law will reduce parents’ anxieties and highlight some of the resources recently introduced to support their students.

Third-grade students demonstrate their ELA proficiency on a test known as the Tennessee Comprehensive Assessment Program, or TCAP. Students are considered proficient with either an “on track” or “mastered” performance level on the TCAP. Students who score “approaching” or “below” could — if their families take no other action — be required to repeat the third grade.

While this can sound alarming, there are multiple exemptions and alternative pathways to fourth-grade promotion that parents should know about. Schools and districts are encouraged to work with parents to give students the support they need to strengthen their reading skills and enter the fourth grade on time.

A student who scores “approaching” on the TCAP can be promoted to fourth grade by attending a summer bridge camp or signing up for tutoring during school hours in fourth grade. These are research-backed supports for which Tennessee has received national recognition. Many school districts in Tennessee, including Nashville, have led in implementing these interventions.

Tennessee’s new funding formula for education, the Tennessee Investment in Student Achievement (TISA), is designed to support an increase in literacy outcomes by funding these and other academic supports. In addition, TISA’s new outcome bonuses should encourage districts to commit additional resources for student growth. Introducing these new supports in the early grades will equip students to be more prepared than ever for the third-grade TCAP and beyond.

In light of Tennessee’s latest NAEP results, now more than ever we need to concentrate on our state’s third-grade literacy strategies. As we approach the halfway mark of this school year, I encourage all parents to learn more about the resources available to support students’ academic growth throughout the school year. Be sure your voice is heard, and that you are working closely with your school and district to help ensure all students are reading on grade level by the end of third grade.

Appointed to the State Board of Education in February 2022, Mr. Ryan Holt practices business litigation at the law firm Sherrard Roe Voigt & Harbison, where he has been recognized by Best Lawyers in America, Super Lawyers, and Benchmark Litigation. Before beginning his law practice, Mr. Holt taught sixth-grade math at a public school in New York City. In 2011, he became a founding board member of Intrepid College Prep Charter School, for which he has volunteered for the past eleven years. He lives in Nashville with his wife and two sons.

The Tennessee State Board of Education is a ten-member, governor-appointed and legislatively confirmed board charged under the law with rulemaking and policymaking for K-12 education. Through a close partnership with the Tennessee Department of Education, the Board maintains oversight of K-12 implementation and academic standards.