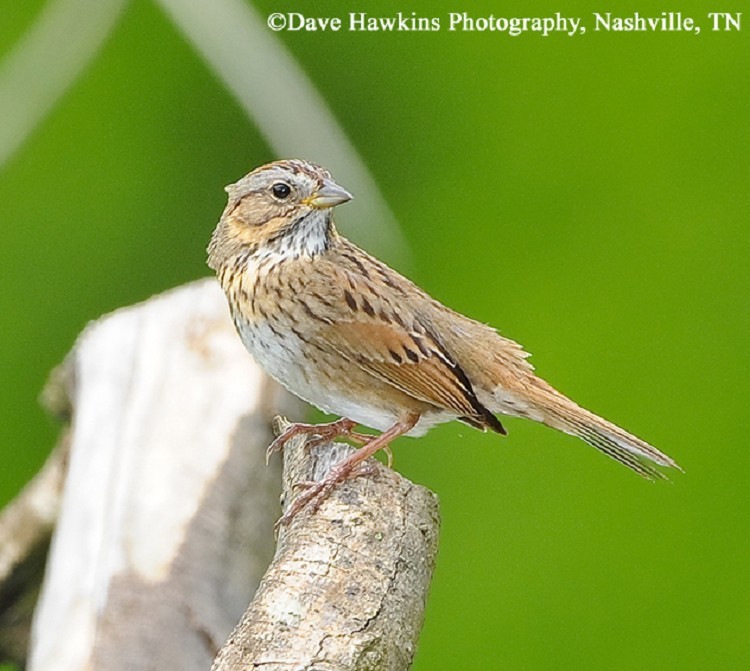 These birds breed across Alaska and Canada, south into the western United States. In winter they migrate to the southern United States, Mexico and northern Central America. Lincoln's Sparrows are passage migrants in Tennessee and a few birds regularly winter in the state.

Description: This grayish-brown sparrow has rusty wings, streaking on the back, fine streaking on the breast and flanks, and a delicately streaked buffy chest-band with no central spot. The male and female look similar.

Habitat: In Tennessee, Lincoln's are found typically along forest edges, hedgerows, and brushy and weedy fields.

Diet: In winter, they eat small seeds and arthropods when available, and will occasionally visit bird feeders.

Nesting and reproduction: The Lincoln's Sparrow has never been known to nest in Tennessee.

Status in Tennessee: Lincoln's Sparrows are an uncommon migrant and rare winter resident across Tennessee. Spring migrants are in the state from mid-April through mid-May; and in the fall from late September through October. Winter records are evenly distributed across the state.

Best places to see in Tennessee: Hedgerows and wooded edges and along brushy and weedy fields statewide.