The Common Five-lined Skink occurs statewide and is probably the most common lizard in TN.

Description: A moderately large, shiny lizard (5.0 to 8.5 inches in length) with highly variable color pattern.  Generally the body is brown or black with 5 white or yellowish stripes extending onto the tail.   Adult males are uniformly brown or olive with faint stripes; and reddish or orange coloration on the head during the breeding season.   Adult females are typically brown with faded stripes and gray or blue-gray tail.   Juveniles have a bright blue tail and distinct stripes.

Breeding information: Courtship and breeding occur in the spring. Females lay 4-14 eggs under rotten logs, stumps, rocks, or leaf litter during the spring or early summer.  Females remain with the eggs for 1-2 months until they hatch.

Status in Tennessee: Common across the state with some isolated populations. Tolerant of human disturbed habitats such as timber harvested woods.

Best places to see in Tennessee: Any log or rock piles near wooded habitat. 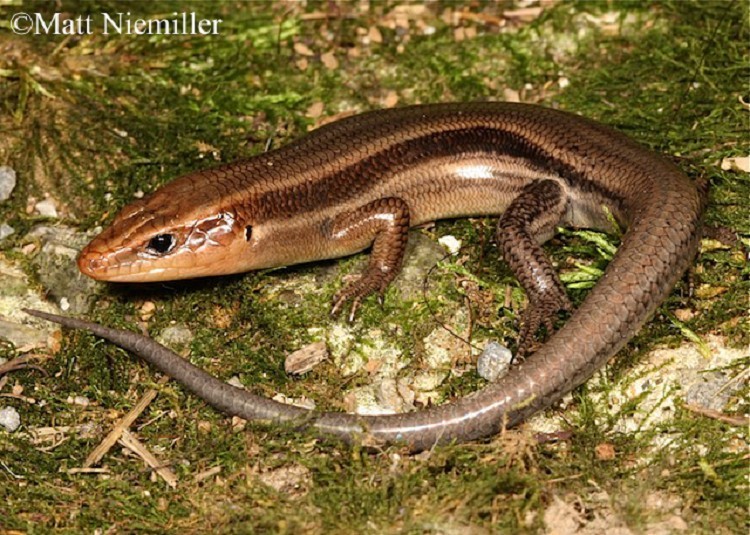