The Nine Banded Armadillo is an unusual looking animal and have only reached Tennessee in the last thirty years or so, but their range continues to expand from west to east Tennessee

Description: Its closest relative is the anteater, which has a similar shape; long tail and snout.   Heavily armored, the only exposed skin is on the under belly, which is protected when the animal curls into a tight ball (when threatened).   In between the two large body plates are nine "bands", hence the common name.   The short legs have well developed claws (4 toes on the front feet, 5 on the rear), which are used for digging burrows and searching for food.

Breeding information:  Occurs in summer, and four same-sex quadruplets are born approximately 7 months later.   Though they do not have a shell when born, they become mature by 12 to 15 months.

Status in Tennessee:  Population seems to be increasing, and spreading from west to east.

Fun Facts:
•Armadillos and humans are the only known mammals to develop leprosy.

Best places to see in Tennessee:  Much more common in the south and western regions. Unfortunately, armadillo are most commonly spotted along roadsides after being hit by motor vehicles. 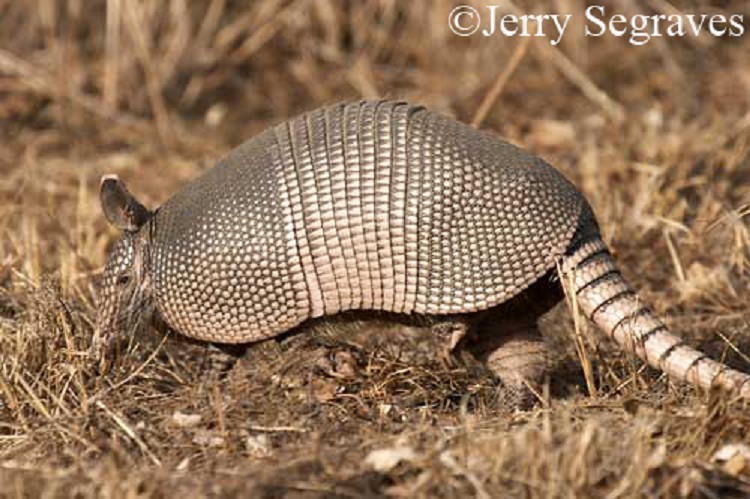