The Southern Appalachian salamander occurs in the Unicoi and Great Smoky Mountains of east TN. Very similar to, and known to hybridize with, Red-cheeked and Northern Slimy Salamanders.

Description: A large, black salamander (4.75 to 6.75 inches in length) with scattered small white spots on dorsum. White spots on sides are larger than on back. Small red spots may occur on legs. Chin is lighter than the slate gray belly.

Breeding information: Little is known. Like other Plethodon species it most likely breeds in late summer to fall and deposits eggs underground the following spring or summer. Females probably brood clutch of eggs until juveniles hatch.

Status in Tennessee: With much of the population on protected federal or state lands, this species’ population appears to be stable. However, it is vulnerable to clear-cutting timber operations. 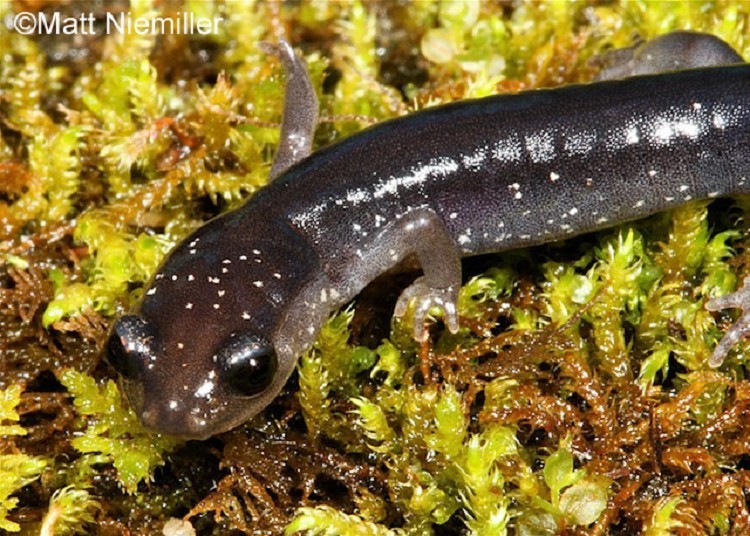