Description: A stout, bright red or orangish-red salamander (4.0 to 6.0 inches in length) with many, irregular black spots on the dorsum and sides. Some black flecking on the chin and belly color is a lighter red. Iris's color is yellow. Color fades on older specimens to a purplish brown.

Similar Species: Mud Salamander has fewer and more circular spots and the irises are brown or black. Spring Salamander has a dark line from the eye to the nostril and a more angular snout.

Habitat: Occur in a variety of habitats ranging from aquatic to terrestrial. Aquatic habitats include creeks, springs, and seepage areas. Terrestrial specimens are found under rocks, logs, or moss in woodland ravines or open fields.

Breeding information: Adults breed during the fall in small streams. Females lay between 29 and 130 eggs beneath rocks in the stream, and along sides of streams and springs. Eggs are brooded for 2-3 months by the female until they hatch in the winter. The larval period lasts from 1.5 to 3.5 years before they transform into adults.

Status in Tennessee: Common in the Great Smoky Mountains, but is rare in the inner and outer Central Basin of the state. 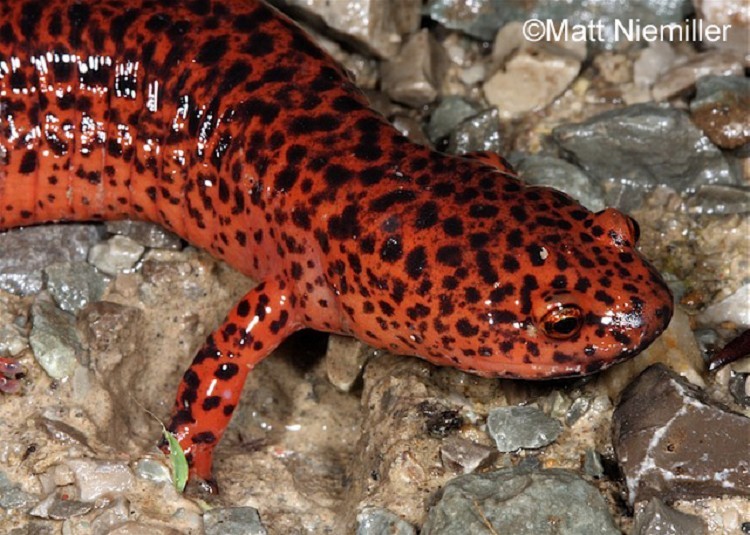