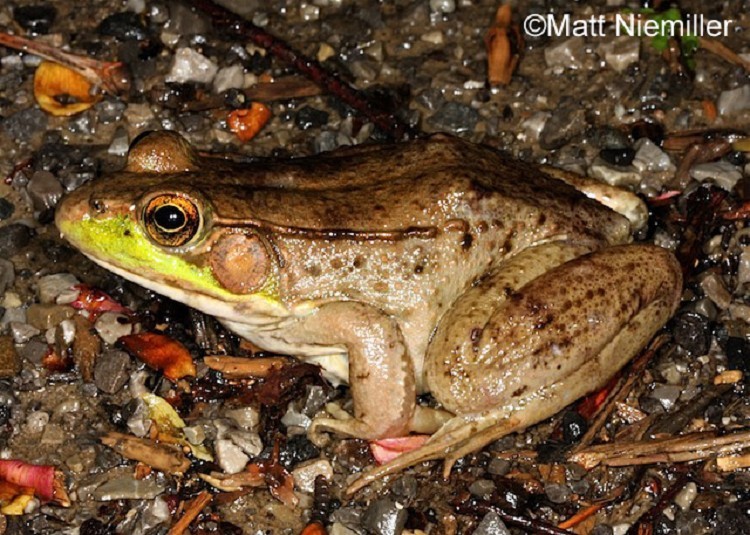 Similar in appearance to the larger American Bullfrog, the Green Frog is a handsome species that occurs throughout Tennessee.

Description:
Green Frogs range in size from 2 to 3.5 inches long. They are green to brown in color and are characterized by ridges around the tympanum (ears) and folds of skin extending down the middle of the back (dorsolateral ridges).

Voice:
Their call sounds like a banjo string being plucked-a short, explosive "glunk" and is generally heard from March through September.

Breeding information:
Females lay 1,000 to 4,000 eggs on the water's surface. Metamorphosis of tadpoles takes 2 to 3 months. Maturity is reached in 2 years after completion of metamorphosis.

Fun Facts:
•In some parts of their range Green Frogs mimic Mink Frogs which produce a foul-tasting musk that deters predators
•Captive specimens have lived as long as 10 years
•Green Frogs are often used for research and education in biology classes