What Are The Top 5 Bass Lakes in Tennessee? 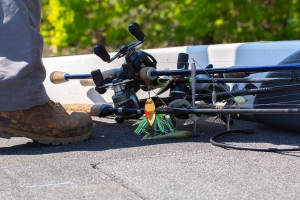 What the top bodies of water are in Tennessee for bass fishing will always be a strong subject of debate among anglers. Interests in what type of bass an angler is searching for as well as overall performance of the lake from year to year will shift opinions.

Nevertheless, with the large numbers of bass fishermen throughout the state, you can always find plenty willing to rank the lakes and give opinions. Recently, I asked student anglers and captains involved with high school fishing in Tennessee what they thought the best lakes were. The top five are lakes many would recognize as successful tournament lakes over the last several years.

#5 Kentucky Lake – Located in Tennessee and Kentucky and part of the Tennessee River system, Kentucky Lake has over 160,000 acres of water with 2,064 miles of shoreline and has seen many great tournaments over the years in bass fishing. It is the only location the Bassmaster High School series has used for its National Championship since B.A.S.S. began its high school program.

Some may be surprised at the ranking due to the issues the lake has had with Asian carp, but tournament results continue to show quality bags can be caught on the lake tournament after tournament.

“Kentucky Lake is an awesome shallow water fishery if you know where to look. There’s great fishing there and plenty of water to fish,” said Jake Beihoffer, boat captain for the Soddy Daisy High School team.

Soddy Daisy team member Logan Evans had a different perspective. “You can go deep and stack them up at Kentucky Lake,” said Evans. 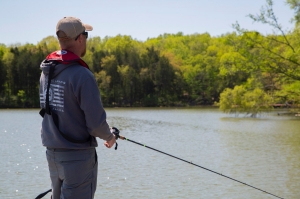 #4 Dale Hollow – Completed in 1943 and located in the Tennessee counties of Clay, Pickett and Overton, Dale Hollow covers 27,700 acres of water in Tennessee and Kentucky. Dale Hollow’s biggest claim to fame is that it is still the record holder for the world’s largest smallmouth bass. On July 5, 1955, David Hayes caught an 11-pound, 15-ounce smallmouth that still stands as the world record, today. Anglers from all over the country travel to Dale Hollow, annually, to search for the next record.

“Dale Hollow has some of the most beautiful scenery you can see anywhere, and you’re likely to set the hook into a big smallmouth while you’re there, too,” said Jackson Holbert of the Riverside High School team and son of TWRA Commissioner Kurt Holbert.

#3 Pickwick – We travel back to the Tennessee River for the third place lake of Pickwick. With water in Tennessee, Alabama and Mississippi, Pickwick draws anglers from all three states, as well as, from across the country.  Pickwick holds tournaments from youth to the major professionals. There is 496 miles of shoreline holding 43,100 acres of water to fish. There are ample largemouth, smallmouth, and spotted bass to catch on any given day.

Nathan Reynolds of the Backwoods Bassin team in Davidson County says Pickwick is his favorite. “I love them all, but Pickwick really strikes me different than all the others. All in one day you can catch largemouth on a big flipping stick or run up and dropshot for big smallmouth. The biodiversity of the lake is what gets me,” said Reynolds.

Jackson Holbert is also fond of the lake. “There’s always a big bag of fish to be caught on Pickwick year-round. You’ve just got to beat some of the best fishermen in the country to them,” said Holbert. 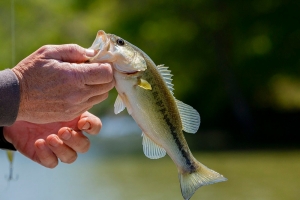 #2 Douglas Lake – Located in Dandridge and part of the French Broad River, Douglas Lake also is a strong draw for bass anglers. There is 28,000 acres of water and with 513 miles of shoreline, there’s plenty of spots, cuts, and coves to fish. The Jefferson County Chamber of Commerce hosts tournaments on the lake weekend after weekend. The Tennessee BASS Nation High School state championship was held there in May 2019 and the directors weighed more fish and more limits of fish than any other state championship in the organization’s history.

Ethan Montgomery of Sullivan East High School likes Douglas because, “There’s a good number of big ones and you can use a variety of fishing styles there.”

Ryan Lehan added, “It is one of the easiest lakes to catch a limit. It has a strong population of largemouth and smallmouth and sometimes they’re in the same place.”

#1 Chickamauga – It should come as no surprise that Chickamauga was ranked at the top by anglers. The lake has exploded in popularity over the last 10 years drawing national attention as a top tournament lake full of giant bass. The city of Dayton has become a top stop for tournaments and their Fish Dayton program promotes fishing the lake and visiting the city. During 2019, Fish Dayton recorded 110 bass catches of 10 pounds or more on Chickamauga and that’s just the catches reported to them.

Will VanEtten, coach at Anderson County High, points out the popularity of the lake does increase its difficulty. “Chickamauga has always been hit or miss for me through winter and early spring. You have potential for a giant bag, but it is incredibly hard to find water that hasn’t already been fished by 8-10 other boats. However, once summer hits there are spots on the ledges that produce 30-plus fish days if they are pulling water,” said the coach.

A final perspective comes from Jake Davis who is a guide on several Tennessee waters, as well as being the State Conservation Director for Tennessee BASS Nation. Captain Jake says listing the top five lakes is not as simple as it sounds. “Everyone is going to say Chickamauga is the top lake followed by Dale Hollow, Kentucky Lake, Douglas, Old Hickory and so on, but when you really look at the entire state one can name several great fisheries in Tennessee. We just don’t talk about them much,” said Jake. “I highly encourage anglers to look at the smaller management lakes such as Pin Oak, Williamsport, Browns Lake, Woods Reservoir, Melton Hill, Caney Fork River, South Holston, Reelfoot, Laurel Hill and Parksville Lake. All of those offer fantastic opportunities for anglers and are truly hidden gems,” added Captain Davis.

So, while a top 5 list of bass lakes in the state will always be subject to debate one thing is for sure; Tennessee has a lot of great bass fishing opportunities.