The Mississippi Green Watersnake is a plain water snake and occurs in the cypress swamps of extreme western Tennessee.

Similar Species:  Cottonmouths have facial pits and vertical pupils. All other water snakes have distinctive stripes, spots, or blotches; and lack scales between eyes and upper lip.

Status in Tennessee: The Mississippi Green Watersnake is listed as “In Need of Management” by TWRA, and considered extremely rare and critically imperiled by Tennessee Department of Environment and Conservation.   Populations have been drastically impacted by the loss of native cypress swamps. 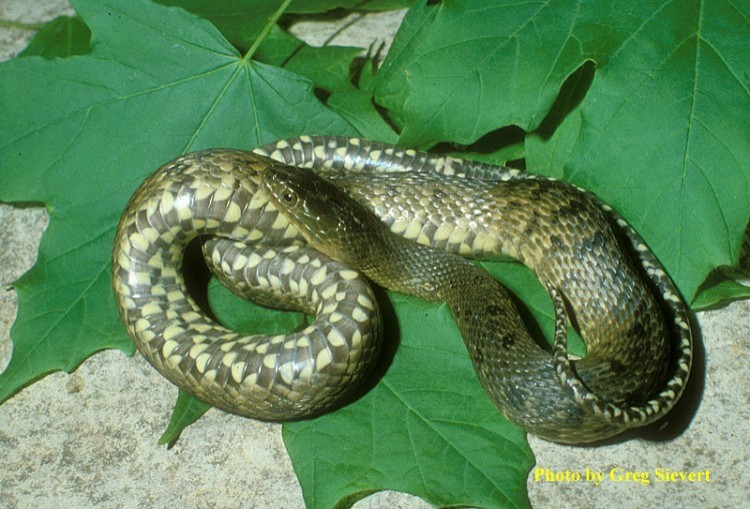