The Brown Rat, which is very similar to the Roof Rat, occurs all across the state. It is also known as the Norway Rat, Common Rat, or Sewer Rat.

Description:  A robust, medium-sized rodent with a long snout, small eyes, moderately-sized ears, and a scaly, nearly naked tail (shorter than total body length). The short, coarse fur is grayish-brown above, with scattered black hairs, and pale gray to yellowish on the belly.

Similar Species:
•Roof Rat is a more slender rat with blackish color, larger ears, and a longer tail (greater than total body length).
•Eastern Woodrat has white under parts.
•Marsh Oryzomys is smaller; has longer and softer fur; and has a more slender tail.
•Hispid Cotton Rat is smaller, has a shorter tail, and has long, grizzled fur.

Habitat: Brown Rats are generally found near human sites, but will occur in other habitats such as fields and woodlands.   Most often found in buildings, sewers, garbage dumps, or near feed stores.   They dig tunnels underground, usually beneath an object such as a board, for escape cover and a place to nest.

Breeding information: Mating occurs year round with females producing up to 7 litters per year.   Underground nests are created from shredded grass, leaves, paper, cloth, or other materials available.   The gestation period lasts 21-26 days resulting in 2-14 (usually 7-11) young per litter.   The blind and fur-less newborn grow rapidly and are weaned by 3 weeks.

Status in Tennessee: The Brown Rat needs no protection as it can be common under favorable conditions.   This rat also produces a considerable amount of damage to property and foods, and carries a large number of communicable diseases.

Fun Facts:
•Brown Rats are colonial with a dozen individuals commonly living together.
•One pair and their successive offspring can produce more than 1500 young in a year.

Best places to see in Tennessee: Near garbage dumps or feed stores. 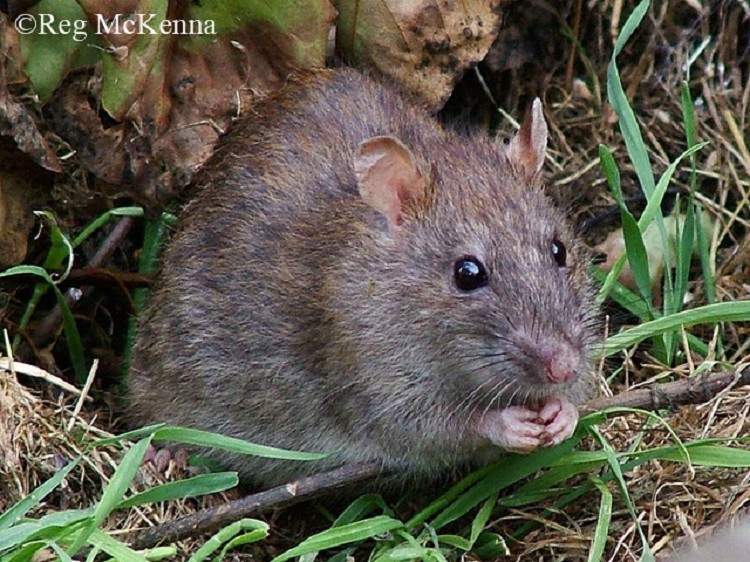