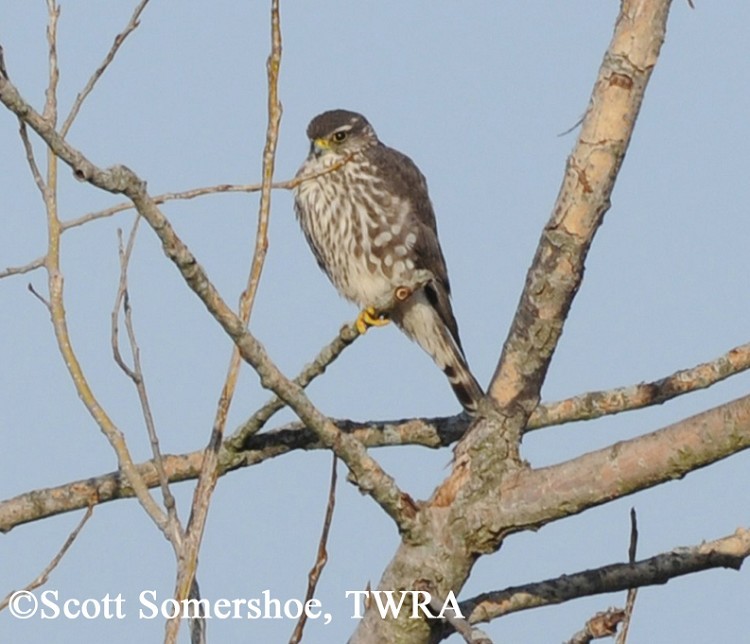 The Merlin is a small, compact, and powerful falcon that breeds across the northern forests and prairies of Alaska and Canada, Europe and Asia.  It winters from southern Canada to northern South America, and can occasionally be seen in Tennessee during migration, and rarely during the winter. Its former name was "pigeon hawk" likely because this falcon resembles a pigeon in flight.

Description: This small falcon lacks the strong facial markings of other falcons. It has short, pointed wings, a long, banded tail, and brown streaking on the chest and belly. The back is solid gray in adults and brown in first-year birds. Females are noticeably larger than males.

Habitat: In Tennessee, found in open areas and along rivers.

Status in Tennessee: The Merlin is an uncommon migrant and rare winter resident across the state, arriving by mid-September and departing by late April.

Best places to see in Tennessee: Though always uncommon, most likely to be seen between mid-September and late April in any region of the state.