Didymo, native to parts of northern North America and Europe, is a type of algae found in cold, nutrient-poor rivers that produces thick mats across the bottom of streams.   These colonies are white to brown, appearing like a felt carpet, and not slippery to the touch.

It was discovered in Tennessee in 2005, making it the first record east of the Mississippi River.   It has the potential to impact fish populations by smothering suitable habitat and other native organisms that they depend on.   However, these impacts require more study.

In the Tennessee tailwaters where didymo has been found, TWRA has not observed any substantial decreases in trout populations that can be directly attributed to the algae.

Where has didymo been found in Tennessee? 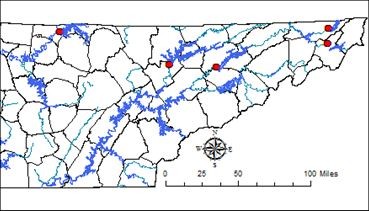 So far, didymo has been confirmed in the following rivers:

What can you do to help? 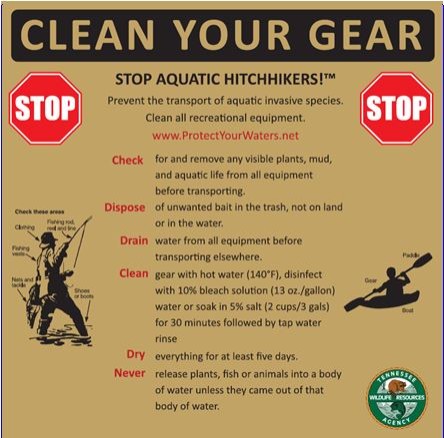 The presence of didymo in popular trout fisheries suggests that anglers may be unintentionally spreading the algae on fishing tackle, boats, waders, or boots.   Because didymo can be easily spread, TWRA recommends that anglers take the following steps to avoid moving algae across waterbodies. 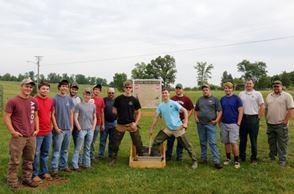 TWRA partnered with Tellico Plains High School to make cleaning your gear even easier. The Tellico Plains High School Carpentry Class constructed 10 gear cleaning stations to be placed on streams in Tennessee (locations coming soon). These stations contain a disinfecting solution that eliminates aquatic nuisance species. Simply remove the lid, scrub your gear in the disinfecting solution with the attached brush, and replace the lid.