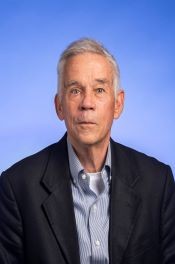 Tom Griscom has over 40 years of experience in the communications field, including serving as Director of White House Communications under President Ronald Reagan, was a top aide and adviser for a decade to U.S. Senator Howard Baker, and was the executive editor and publisher of the Chattanooga Times Free Press from 1999 to 2010. He attended public schools in Hamilton County, Tennessee, and received his Bachelor’s degree from University of Tennessee-Chattanooga. Mr. Griscom served in the US Army from 1972-1980. He is heavily involved in his community through service to several boards, such as the UC Foundation and the Chattanooga Chamber of Commerce.