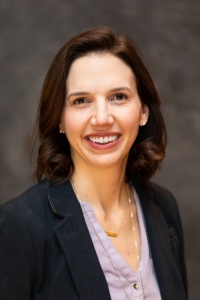 Before the State Board, Tess served as the Transformation Facilitator at Cameron Middle School, the first district-led conversion of a traditional public school to a charter school in Metropolitan Nashville Public Schools. Through this work, Tess worked closely with the charter school operator and the district to facilitate a smooth transition of the school to a zoned charter school. In the 2013-14 school year, both Cameron Middle School and Cameron College Prep were named Reward Schools by the Tennessee Department of Education.

Prior to coming back to her home state of Tennessee in 2012, Tess worked on federal policy in Washington, DC with Congressman Jim Cooper (TN-05) and at a centrist think tank, Third Way. She is a Phi Beta Kappa graduate of The George Washington University where she earned Bachelor of Arts Degrees in Political Science and Sociology and a graduate of the London School of Economics where she earned a Master of Science Degree in Political Sociology.